Officials share images of agents with public to identify and keep them at bay. 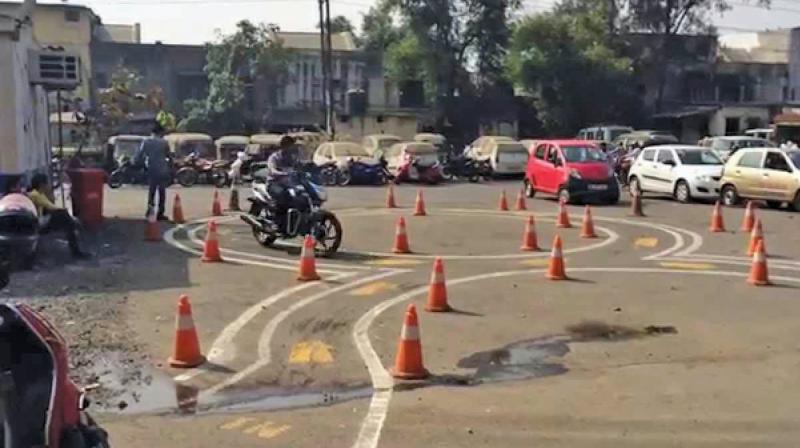 One of the reasons for the crackdowns conducted by RTO has been that the department wants to verify the identity of each and every individual who applies and eventually gets the licence.

Mumbai: The RTO offices in the city are wearing a sparse look since the past week after the transport department conducted a drive to get rid of agents from RTOs in a bid to stop them from making money off the lay applicants. In fact, senior officials have been circulating faces of these agents via mobile clips internally for their identification and apprehension. The transport department has also exhorted the public to furnish information to them about such agents for further action.

The crackdown was the result of an incident where an unauthorised agent almost doubled the rate of procuring a duplicate of a licence by demanding Rs 800 against the official cost of Rs 264. Another reason for the crackdowns has been that the department wants to verify the identity of each and every individual who applies and eventually gets the licence.

The RTO had also sought the help of common man to catch these agents red-handed and had put out numbers in all its RTOs for the same. An official said, “The issue is that people don’t take the time to understand the system. They don’t need to spend the money that they do but only if people familiarise themselves with the system will they understand that it is not a difficult process.”

RTOs have been trying to keep pace with the increasing number of first-time applicants every year as well other issues like renewing licences of the public as well as the odd 40,000 taxis and 1.25 lakh auto rickshaws in the Mumbai Metropolitan Region (MMR). There are four major RTOs in the city located at Mumbai Central, Wadala, Andheri and a new addition was made last year in Borivali.