Located at Shilphata Road, around 20 to 30 minutes from Dombivali (east), Palava has its own facilities as it is far removed from urban areas. 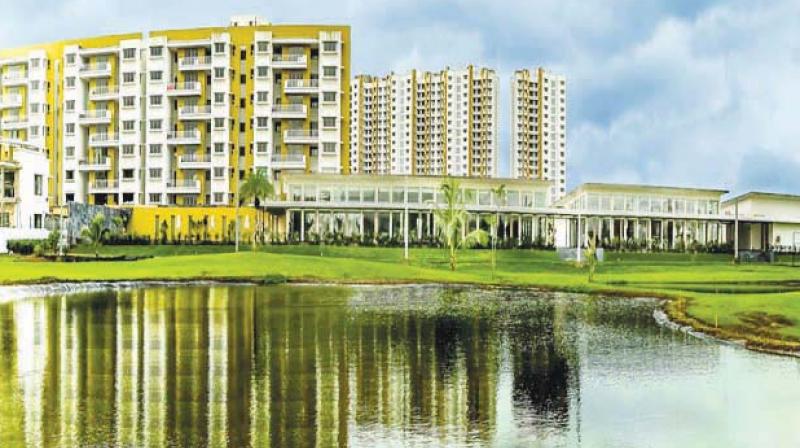 Palava township came into being eight years ago

Mumbai: Palava, a 4,500-acre greenfield smart city set up by the Lodha Group in Kalyan-Dombivali, has a clubhouse and mall among other facilities, but residents have to spend up to 40 minutes travelling to the nearest hospital in case of emergencies as a healthcare facility that was promised to residents several years ago is yet to come up.

The Palava integrated township, which came into being eight years ago, has a slew of facilities for residents such as vast open and green spaces and education and sports facilities, however, the residents are still awaiting the hospital that was promised while booking their flats.

Rohit Gupta, a resident, said, “Our family has been living in Palava for the past six to seven years but till now nothing has been done on the ground for the hospital. The last time when we enquired with the developer, we were told that amenity would come up in six months. But nothing has been delivered so far.”

Located at Shilphata Road, around 20 to 30 minutes from Dombivali (east), Palava has its own facilities as it is far removed from urban areas.

A resident, Ashmita Patel, Palava has one or two physician clinics. “However, we have to go to distant hospitals for treatment of chronic diseases,” she added.

Another resident, Srikaanth Naidu, said that in case of any medical emergencies, locals have to rush to Dombivali. “Clinics have been set up on the premises but residents don’t opt to go there,” said Mr Naidu. He added, “The developers had planned to tie up with AIIMS, but that idea was scrapped later. Now they have planned a tie-up with Wockhardt Hospital.”

A Lodha Groups spokesperson said Palava would eventually house a hospital but did not specify when. “As India’s no. 1 liveable city ranked by JLL, we have always kept our customers’ well-being and safety first. In line with this commitment, we have partnered with Healthspring, India’s premier primary healthcare provider, which operates two full-service centres at Palava. The city will also house a hospital, which will be at par with other international standard amenities at Palava. We have been actively exploring partnerships with leading hospital operators in the country to run the hospital. We are fully committed to safeguarding our customers’ health and are working towards getting a quality-driven, credible operator soon on board,” said the spokesperson.