According to a BMC statement, there were 285 confirmed cases of swine flue this year in the metropolis. 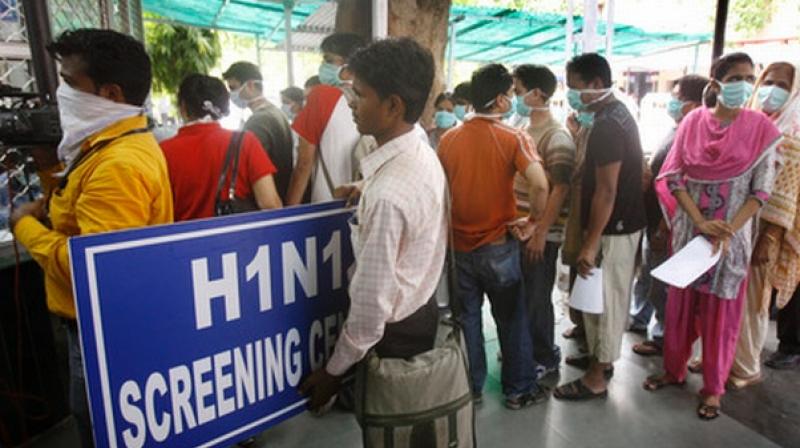 Mumbai: Three more patients have succumbed to the H1N1 influenza virus in the city, taking the death toll to 10 this year, a senior civic official said on Saturday.

The three deaths caused by the air-borne disease occurred last week, the official said. The virus has now killed 10 people in Mumbai since January 1.

With the monsoon beginning, the Brihanmumbai Municipal Corporation (BMC) is concentrating on preventing spread of the disease, he said.

According to a BMC statement, there were 285 confirmed cases of swine flue this year in the metropolis.

"Fluctuation in temperature and high moisture content in the air are conducive for the spread of H1N1 virus and therefore, people are advised to take preventive measures,"
said the statement.

Swine flu is a respiratory disease with symptoms that include fever, coughing, sore throat, runny or stuffy nose, body ache and fatigue.

The financial capital has also reported scores of cases related to monsoon-related diseases.

Between June 16 and 22, Mumbai recorded 95 malaria cases, 201 of gastroenteritis, two of leptospirosis and one of dengue, said the statement issued by the Public Health
Department of the civic body.

Civic health officers have advised people not to panic and seek medical help if they experience symptoms related to different ailments.

"People should contact the doctor or nearest medical health centre or hospital in case of persistent symptoms like cough, cold and fever for more than four days," Dr Padmaja Keskar, executive health officer of the BMC, said.