Government likely to finalise parameters of loan waiver for farmers. 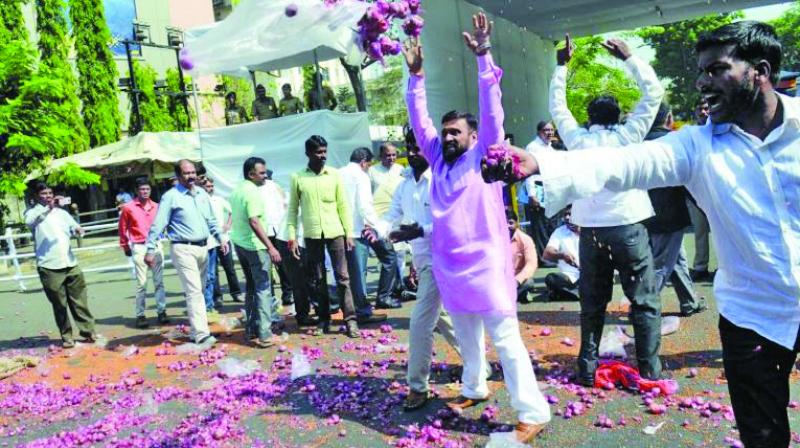 A government resolution in this regards was issued two days ago.

Mumbai: Maharashtra government has convened an urgent Cabinet meeting on Saturday morning and it is likely to announce loan waiver for farmers today.

The state has almost finalised its parameters on who is eligible for the loan waiver. A government resolution in this regards was issued two days ago.

Sources in the chief minister’s office confirmed that CM Devendra Fadnavis has convened the meeting. Usually, the Cabinet meeting is conducted every Tuesday
and this week’s meeting has already been held.

“The state has made a few changes in the parameters after the farmers leaders and other political party leaders suggested the government. It is likely to be declared tomorrow. The chief minister has promised loan waiver to be given before October 31 and he will keep the promise,” an official from the CMO said.

In the Cabinet meeting held on Tuesday, the state government had revised the parameters for loan waiver, excluding a few from availing the waiver.

Farmers in government jobs drawing salaries exceeding Rs 20,000, those serving as president and vice-president of cooperative committees, as well as those owning a vehicle costing more than Rs 10 lakh, will not come under the purview of the waiver.

Others who will not be eligible include ministers, former ministers, MPs, MLA, MLCs and  former MPs, MLAs, and MLCs; members of zilla parishads and municipal corporations; officials working in government and semi-government bodies and teachers having an income of more than Rs 4 lakh per annum.

The loan waiver was announced after farmers went on strike on June 1 across the state. Agriculture produce, vegetables and fruits did not reach markets in the city for a few days.

The Maharashtra government had to take cognisance of the matter, as the farmers protest intensified in various parts of the state.

The parameters for loan waiver were decided after holding discussions with farmer leaders.

However, farmers were not happy with the conditions imposed and demanded a complete loan waiver.