The spirit, the conscience of the person matters and I am happy I fought this election with a lot of dignity and integrity,” the actor said. 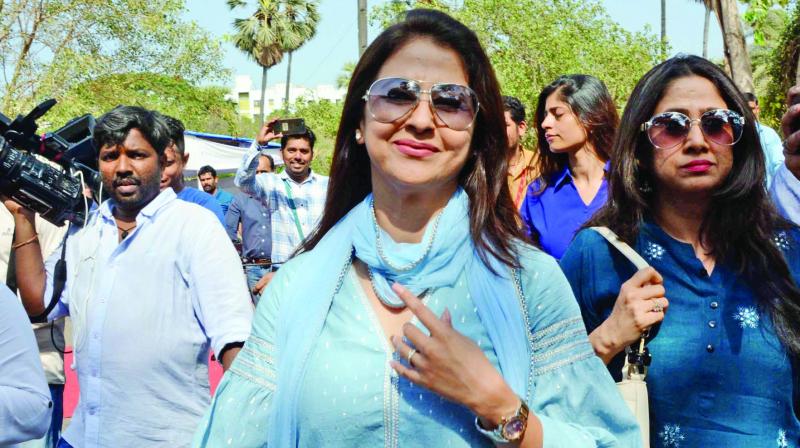 Mumbai: The Congress’ move to field a Bollywood actor in Mumbai in the 2019 Lok Sabha elections has failed miserably. Actor Urmila Matondkar was fielded in the Mumbai north constituency against sitting BJP MP Gopal Shetty where the latter won by a huge margin of 464,599 votes. The total votes cast in the constituency were 9,88,056, of which Shetty got 7,05,555 while Matondkar polled just 2,40,956. Which means Shetty polled 47 per cent more votes than Ms Matondkar who was fielded by the Congress at the last moment, which came as a surprise to everyone.

Meanwhile, Ms Matondkar also complained to the Election Commission of India regarding a glitch in an Electronic Voting Machine (EVM) in the Magathane constituency.

“On the form of EVM 17C from Magathane, the signatures and the machine numbers are different. A complaint has been filed with the Election Commission,” she tweeted. “We have seen the discrepancy and prepared a report on it. We will submit it to the ECI by end of day,” the actor-turned-politician said Thursday afternoon.

The Congress took a similar risk in this Lok Sabha election but failed. Matondkar told the media on Thursday that though she lost her maiden elections, she would not quit politics. “I respect the decision of the people. I took tremendous efforts in my one month of campaigning and I will continue my work in politics as I have said since day one. This was a glorious battle. The spirit, the conscience of the person matters and I am happy I fought this election with a lot of dignity and integrity,” the actor said.