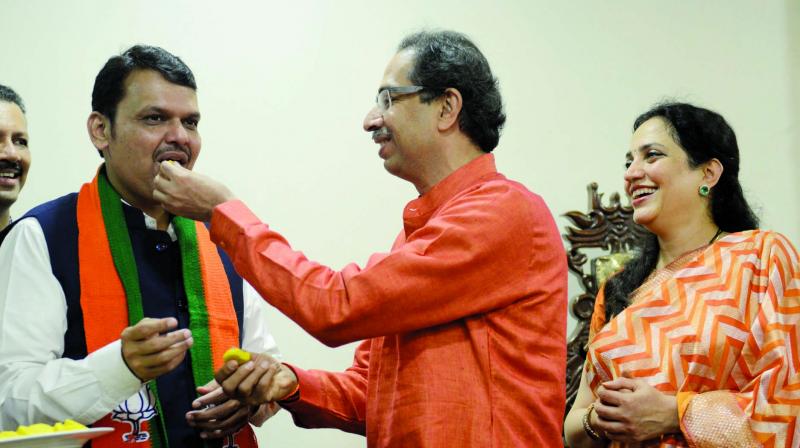 Mumbai: Chief minister Devendra Fadnavis on Thursday said that despite the drought in the state, the people have voted for the Bharatiya Janata Party (BJP) and Shiv Sena as they believe these parties could provide them succour.

Thanking the people of the state and country for choosing Prime Minister Narendra Modi's leadership, the chief minister said that since the beginning the party used to say there was a silent wave for Mr Modi in this election, but this has been converted into a tsunami. The middle class and poor people, especially, are eager to vote for Modi and this has been reflected in the results, he said.

Terming the NDA’s victory unprecedented, Mr Fadnavis said that Mr Modi used to say that there is pro-incumbency in the country, which was now proven to be true.

In order to celebrate with workers, the chief minister arrived the state party headquarter at Nariman Point where he was greeted by the sound of dhols and firecrackers.

Slamming Opposition parties in the state for “trying to play politics over the drought issue”, Mr Fadnavis said the people had rejected them, as they knew that the BJP-led government at the Centre and the Mahayuti government in the state would get them out of this predicament.

Mr Fadnavis also said, “I am happy today, but my sleep has vanished as we will have to work with more responsibility owing to the love and affection of the people. We will get back to work tomorrow.”

Mr Fadnavis and Mr Thackeray exchanged sweets and said their alliance would last even beyond the Assembly elections in the state.