The BJP knows that winning bypolls on both seats in Maharashtra is crucial. 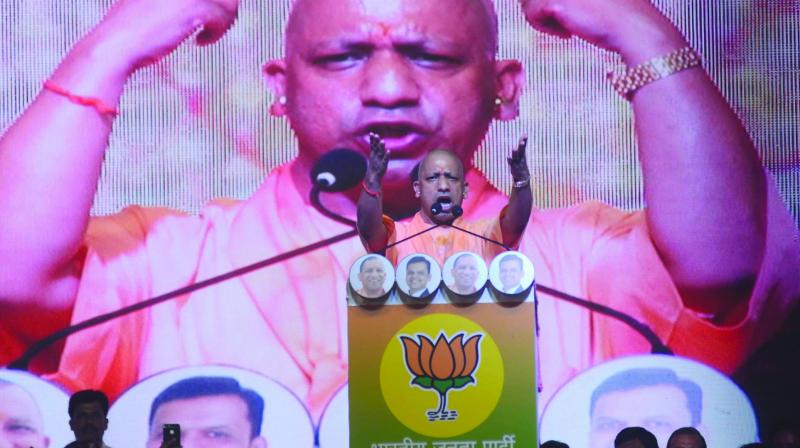 Mumbai: Uttar Pradesh chief minister Yogi Adityanath, who arrived in the city to address a rally in Virar for the Palghar bypoll that is scheduled on May 28, is being interpreted as a setback for Maharashtra’s chief minister Devendra Fadnavis. Though the Bharatiya Janata Party (BJP) is putting all its might to win the Palghar election, for which it roped in the UP CM too, it is the first time that a CM from another state campaigned for a bypoll in the recent past.

Mr Adityanath’s arrival also marks the rising importance of him in the party. Mr Fadnavis, interestingly, is also said to be a blue-eyed boy of Prime Minister Narendra Modi. The BJP knows that winning bypolls on both seats in Maharashtra is crucial for the party, especially after losing in Gorakhpur and Phulpur bypolls as well as embarrassing Karnataka government formation. Mr Adityanath’s rally was planned to win the seat at any cost. Palghar constituency has almost 2,50,000 north Indian votes concentrated in Virar, Vasai and Nalasopara assembly constituencies specially. Mr Adityanath addressed rally at Virar. This is clear strategy of BJP consolidating north Indian voters.

But, there is another angle to it. In recent history of by elections, no CM has gone to other state to campaign for his party’s candidate. Generally bypolls are taken as party’s state level affair. This time also Mr Fadnavis himself has taken three rallies already and have fielded his two ministerial colleagues as well as two Member of Parliaments. At the same time Mumbai’s BJP number of designated workers are campaigning for the party. Still, Mr Adityanath coming for the campaigning is in a way party’s admission that Mr Fadnavis’s appeal is weak before Mr Adityanath.

“Everyone knows that Yogi Adityanath is ambitious. He campaigned in Karnataka despite of natural calamity in his own state. He lost his own Gorakhpur seat in by poll. But still he is going everywhere to campaign for the party. It shows that UP CM is trying to project himself a pan Indian leader,” said political observer Prakash Bal Joshi.