The court has asked IIT to study the situation and come up with a solution. 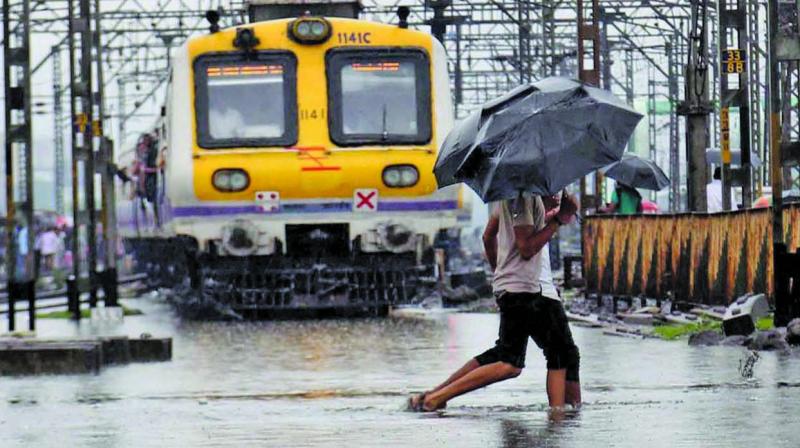 Mumbai: The Bombay high court has directed the state and the railway to seek the help of IIT to study flooding of tracks on Central Railway (CR). The order comes after an activist filed a public interest litigation (PIL), informing the court that due to lack of preparations, the subway under stations on the Wada-Murbad stretch was prone to flooding, thereby inconveniencing commuters. The court has asked IIT to study the situation and come up with a solution.

A vacation bench of Justices A.K. Menon and Bharati Dangre was hearing a PIL filed in 2016 by one Sanjay Suralake regarding flooding of the subway, inconveniencing villages on both the east and west of Vasind railway station. With the monsoon less than a month away, Mr Suralake mentioned the petition for early action.

While addressing the issue of flooding, the counsel for the railway said that it was not entirely the problem of the railway and that the state bore equal responsibility for the same. The court sought the opinion of the court legal services’ team and a solution to the problem.

After studying the problem, the legal services’ team suggested hiring of the IIT team to conduct a survey and provide a solution. However, the railway said that the cost of the survey, too, would have to be borne by the state.

Additional government pleader Kavita Solunke informed the court that the state had instructed her that it was willing to bear 50 per cent of the cost of hiring IIT and carrying out remedial work to alleviate the problems of the public.

After hearing all sides, the court instructed IIT to undertake inspection and convene a joint meeting of all concerned authorities on May 28, and table its recommendations to them. The court scheduled the next hearing on June 5.