According to sources, Niranjan is eyeing re-election to the legislative council from his current constituency of Konkan Graduates. 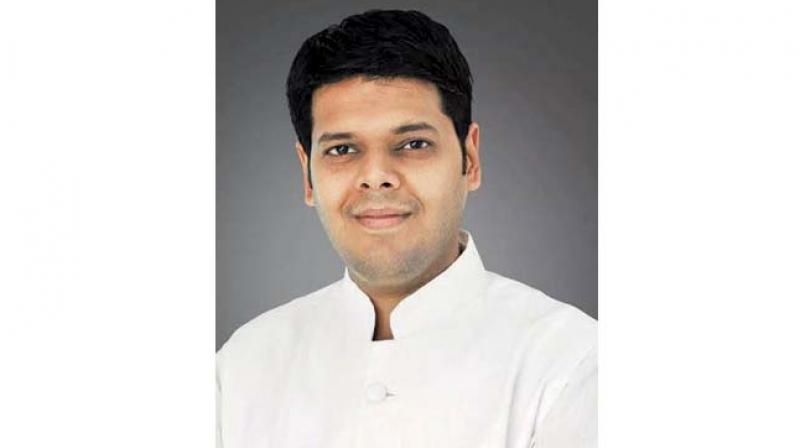 Mumbai: NCP’s youth leader and MLC, Niranjan Davkhare, resigned from the party on Wednesday and will be joining the BJP on Thursday. He will be fielded by the BJP as its candidate for the Konkan Graduate constituency for the Legislative Council. Davkhare cited  NCP’s internal bickerings as the reason for his quitting the party.

Niranjan is the son of the late Vasant Davkhare, a close confident of NCP chief Sharad Pawar. Sources said that Pawar asked Niranjan to wait for some days but as the election of the legislative council was about to be announced this week, Niranjan had no option but to leave the NCP and join the BJP.

In his press note about leaving party he said, “A local group in the party acted against the Davakhare family during the Thane municipal council elections in 2017. At that time we had taken this matter to the party leadership; however the other group was spared disciplinary action. This internal politics of side-lining is still continuing at the local level, so I did not have any other option but to leave the party.” He also submitted his resignation from the post of MLC to the Council chairman Ramraje Naik Nimbalkar on Wednesday.

According to sources, Niranjan is eyeing re-election to the legislative council from his current constituency of Konkan Graduates. So he joined the BJP as the party is strong in this constituency and has done a major registration of graduate voters. “I have not taken this decision with eyes on any post. I was feeling suffocated in the NCP. I have been a party worker from its foundation day. So, alleging that I am leaving the party for a post would be incorrect,” said Niranjan while talking to The Asian Age.

Subsequently, the NCP claimed that Davkhare had been expelled from the party for six years on the directive of state unit chief Jayant Patil. His father Vasant Davkhare was the deputy chairman of the legislative council for a long period. He was known to be a close confident of Pawar throughout his career. He recently expired after prolonged illness. Mr Niranjan’s leaving the NCP on this backdrop has disturbed the party’s senior leaders.

According to the sources, Niranjan Davkhare would be joining the BJP in the presence of CM Devendra Fadnavis at the BJP’s office in Mumbai on Thursday. The development came days after the BJP inducted the former Congress minister Rajendra Gavit into its fold and fielded him for the May 28 Lok Sabha by-election in Palghar. The NCP termed Davkhare as an “opportunist”. “He has been threatening to quit for quite some time. He became a leader in the NCP because of his father.” party spokesperson Nawab Malik said.

NCP exodus likely to continue
Mr Davkhare leaving NCP has kicked off thebuzz that few other party leaders are also on the way to BJP. It is being said that a young leader from western Maharashtra and current MLC of party is likely to join BJP before July. More than that, NCP will get the bigger shock as party's senior leader from Mumbai is also on the way of BJP. "This leader had almost ditched party in 2014 assembly elections. But that time Mr Pawar called him personally and asked to wait. So it is likely that he will leave the party now," said sources.