Thrashed kids to get expert counselling

Three counsellors will help the children overcome the trauma. 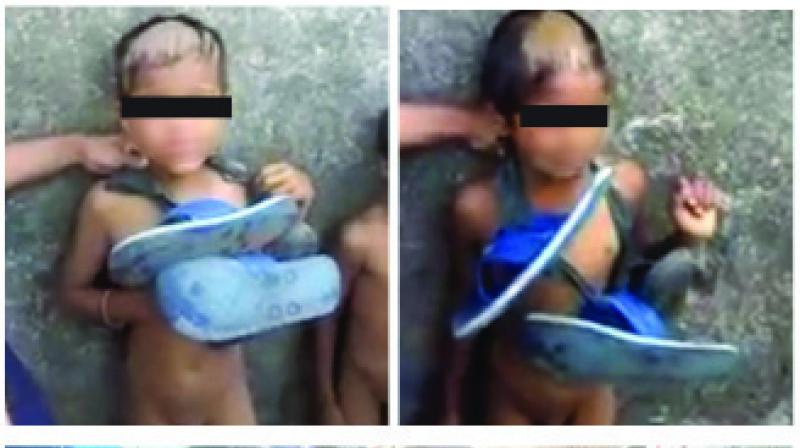 Social workers and officials from the Maharashtra Child Welfare Department visited the children at their respective residences on Tuesday.

Mumbai: Two minor boys from Ulhasnagar, who were stripped and humiliated in public by a grocery shop owner and his two sons on Saturday for allegedly stealing toffees, will be sent to a children’s care home for undergoing counselling for 25 days to overcome the trauma of the incident.

Social workers and officials from the Maharashtra Child Welfare Department took this decision on Tuesday after visiting the children at their respective residences.

Earlier, the police had arrested the grocery shop owner and his two sons for thrashing the boys under sections of the Protection of Children from Sexual Offences Act (POCSO).  The police has added sections under the Juvenile Justice Act in the case against the accused as well. A video of the children, aged 8 and 9 respectively, being beaten up and humiliated had gone viral.

Maharashtra child welfare department secretary, A.N. Tripathi said, “I visited their home personally on Wednesday morning. I took my team along with me. Our psychologist met the two children and decided to counsel them for the next 25 days. We need to take them somewhere so that they can forget the bad incident that happened to them. We decided to keep these children in a children’s care home in Ulhasnagar. Three physiologists, including one private practitioner, will work on the children’s thought processes and counsel them.”

He further added, “Our first priority will be to get the children out of the trauma. I found that the mothers of the two children are really poor and could not earn much to give them a good education. So we decided to take responsibility for their education. Also we are planning to enrol their mothers in some good courses, so that they can earn enough money so that they can live a good life.”

One of the childrens’ mothers said, “I am happy if the government is taking initiative to teach my child. We don’t have enough money to counsel them but after the officials met me today I got some kind of relief.”

In the aftermath of the incident, the Hill Line police arrested the shop owner, Mehmood Pathan (69) and his two sons Irfan (25) and Tavakkal (20). They were booked under sections of Protection of Children from Sexual Offences Act. They were remanded in police custody till May 23.