One of them sent a msg that said ‘bomb’ instead of Bombay; GRP says ‘nothing suspicious’. 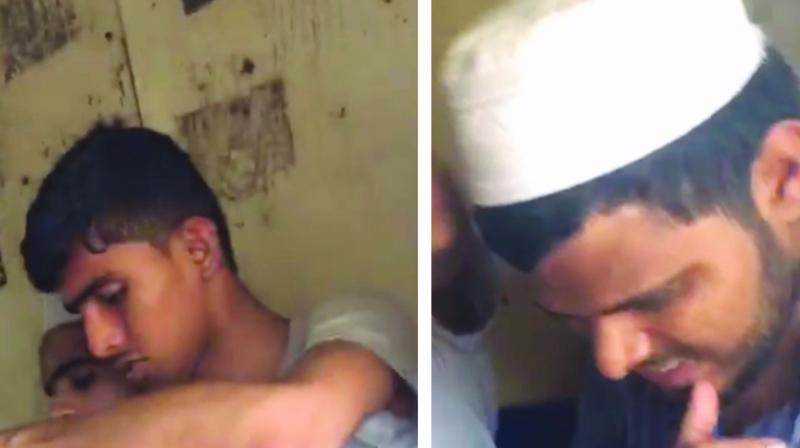 Two of the six accused who were detained.

Mumbai: The Vashi government railway police (GRP) around 5 pm on Tuesday released six youths who were detained after one of them had sent an ill-crafted message to a friend the previous day that contained a single word  — ‘bomb’ instead of ‘Bombay’ —  as it did not find any reason to detain them.

“On reaching Panvel on Monday, one of boys had sent a message to his friend in Kerala saying ‘bomb,’ instead of ‘Bombay,” said a GRP official. “The phone was switched off thereafter,” he further added.

He  added that the boys had alighted from the Netravati Express in Panvel and travelled to Chhatrapati Shivaji Terminus (CST) to catch a train that would take them to Ratnagiri.
“Alarmed, the friend who had received the message called the RPF helpline, the CST

GRP detained them but the case was transferred to Vashi where they were held.”

They were detained an hour later at CST after the Railway Police Force, GRP and Anti-Terrorism Squad had jointly traced the boys to Panvel, sources said.

Stating that the boys had been detained for questioning, ADG GRP Jeet Singh said, “There nothing suspicious about them so they have been released.”

GRP sources said there was not enough reason to detain them further, as they had already been in custody for more than 18 hours.