The Lavasa project was given the special status in absence of any authority then. 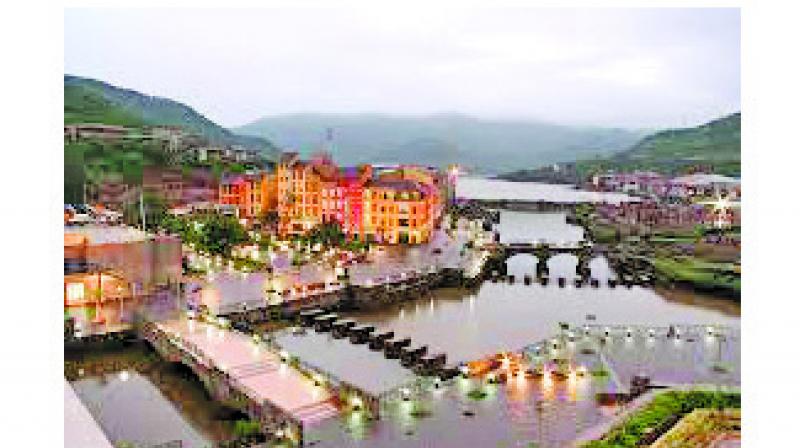 Activist Medha Patkar said that it is victory of the people’s struggle.

Mumbai: In what could be termed as a huge jolt to Nationalist Congress Party (NCP) chief Sharad Pawar, the BJP-led state government has revoked the Special Planning Authority (SPA) status of Lavasa Corporation Limited and brought it under the newly formed Pune Metropolitan Regional Development Authority (PMRDA).

It may be recalled that it was Mr Pawar who had mooted the idea and got the SPA status for the ambitious Lavasa project situated in the verdant Western Ghats near Pune. From now on, Lavasa corporation will have to approach the PMRDA for every development approval.  Chief minister Devendra Fadnavis said, “Now that PMRDA has come into existence, it will have authority over it. The Lavasa project was given the special status in absence of any authority then. The Lavasa corporation will have to seek permissions from the PMRDA for any development work. We announced in the Assembly to revoke the special status given to Lavasa.” The CM added that Public Accounts Committee (PAC) report has also raised certain questions about the project.

Activist Medha Patkar said that it is victory of the people’s struggle. Ms Patkar said that when certain projects are given special planning authority then democratic channels and process are demolished. “They can do things on their own, overuse natural resources and violate laws. This area is ecologically fragile and comes under the Western Ghats. The violation happened in Lavasa because of the special planning authority status accorded to it,” Ms Patkar said.

When asked if any action would be taken against the illegal constructions at Lavasa, Mr Fadnavis responded in the affirmative. “The legal part will not be touched. But the PMRDA can take action against irregularities. Let them first review the project,” the CM said. When contacted, Lavasa corporation spokesperson said, “We haven’t received any government communication. Hence, no comments.”

The SPA status to Lavasa was given during the tenure of late chief minister Vilasrao Deshmukh’s in 2005. He had held an official meeting at Lavasa with Mr Pawar after which the special status was declared. Green activists demanded removal of special status but the then government did not take any action.

In  2017, the PAC of Maharashtra Assembly pointed out various tax liabilities of Lavasa city corporation (LCL) in Pune district, including Rs 3.97 crore of land tax. The company had purchased 214 hectares of land without necessary permissions, the committee said.

Meanwhile, Mr Fadnavis and Mr Pawar met on Tuesday night at the Sahyadri Guest house, Mumbai. Sources close to both sides state that both the leaders met to discuss issues related to sugar industry. But some have pointed out the timing of the meeting in the backdrop of the Fadnavis government’s decision to abolish the special status given to Lavasa and including it PMRDA.  Mr Pawar had faced strong criticism for supporting the Lavasa project.  Sources said that the two leaders met to discuss the sugar industry, restructuring of loans and ethanol policies.