These camera traps will come up in Raigad and around Mumbai. 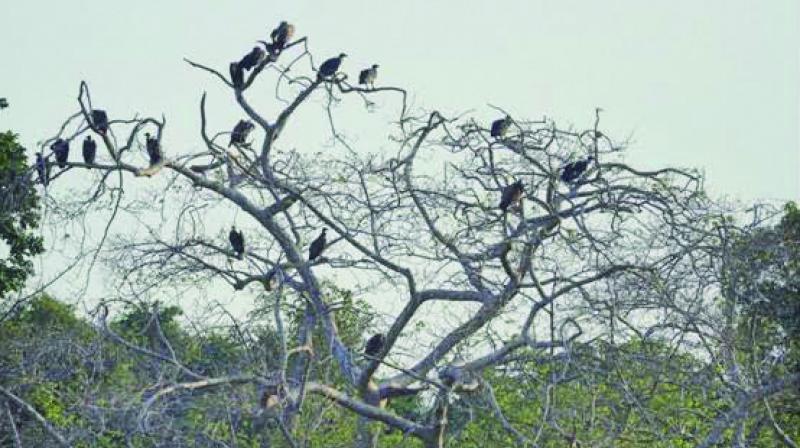 The department has been successful in increasing the population of white vultures in one of the villages of Raigad.

Mumbai: The Maharashtra forest department may soon come up with installing camera traps to observe living patterns of vultures. These camera traps will come up in Raigad and around Mumbai. The department has been successful in increasing the population of white vultures in one of the villages of Raigad by raising the number of carcasses in the area and introducing Meloxicam as a substitute for Diclofenac in animals, the latter said to lead to gradual death of vultures.

In 2013, Pune Wildlife, in a bid to conserve vultures, came up with ways and means to save them in Raigad district’s Cheergaav village which falls in the Mhasla area.

A vulture nourishment centre was started on 33 hectare land. With the help of locals, the department conducted awareness programmes to change the perception of villagers. Locals started using Meloxicam instead of Diclofenac in animals so that carcasses did not prove fatal for vultures. Forest officials, along with locals, started providing the birds with carcasses in specific locations due to which the vultures started visiting regularly to feed on the carcasses. According to forest officials, since 2012, the population of vultures has been increasing as they have been regularly visiting the place and building nests in huge trees in the area.

Sunil Limaye, ex-chief conservator of forests (CCF), Pune Wildlife division and current CCF, Thane forest department, said, “Building of nests indicates that the vultures are ready to reproduce and their offspring have led to an increase of nearly 100 vultures in the area. We now aim to study their living patterns by using camera traps in Raigad and also in Mumbai.”

Nine species of vultures are found living in India; however most of them are now in danger of extinction in the wake of rapid collapse in their population in recent decades. In October 2015, the white ruptured vulture came to be under critically endangered species because of a more pronounced decline in population in recent years. The Indianvulture has been listed under critically endangered species on the international union for conservation of nature (IUCN) since 2002 as population of this species has taken a severe hit. There were up to 80 million white ruptured vultures in India in the 1980s but now only a few thousands are believed to be present in the country.