Party will oppose plan in its own style, says Sena MLA 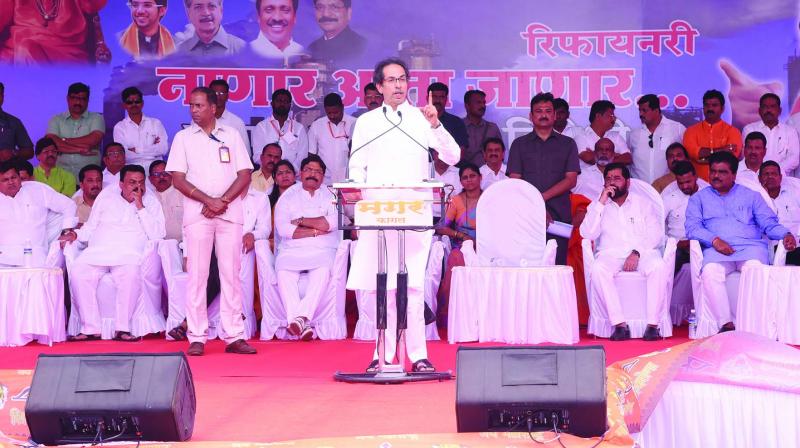 Sena fears that if it withdraws support, NCP might end up supporting government.

A row erupted between the two parties after the CM said that the government might go ahead with the project despite industries minister, Subhash Desai (Sena), saying he would cancel the notification for land acquisition for the project.

Angry with the CM, Sena chief Uddhav Thackeray asked Mr Parab to attack him, sources revealed. Mr Parab started questioning the CM whether he would take a decision benefitting the BJP top brass or the Nanar residents. He pointed out that the government had already signed a MoU with UAE-based Aramco to whom 50 per cent ownership of the Nanar project was given.

Speaking to this newspaper, Mr Parab alleged that land was being acquired for the benefit of Aramco and not the Nanar locals. About Mr Desai’s claim that he would cancel land acquisition for the project and the CM refuting the same, Mr Parab said that as industries minister, Mr Desai had the power to cancel land acquisition even after appointment of a high-powered committee and that his powers had not been withdrawn.