The girl was abused multiple times by ayah inside the school’s washroom. 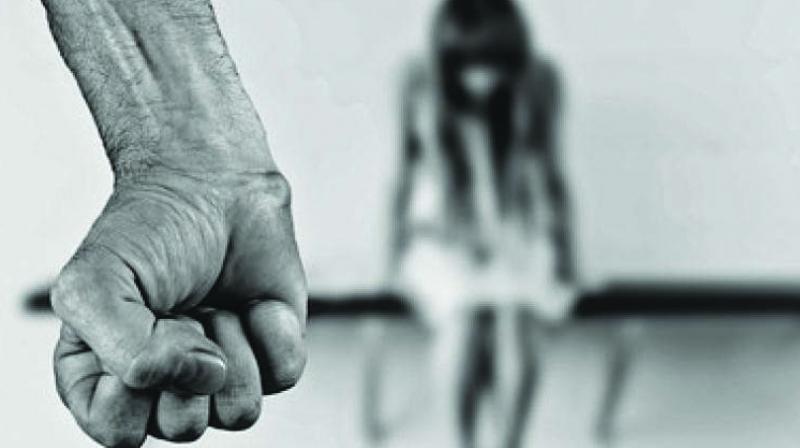 The family was stunned after hearing the girl’s ordeal and took her to Masina Hospital for conducting a medical test. The test revealed injury marks on her private parts that were inflicted by fingers, police officials said. (Representational image)

Mumbai: The Byculla police registered a case of child sexual abuse after a 59-year-old ‘ayah’ (female care taker) of a Byculla- based school alleged sexually assaulted a 5-year-old girl on multiple occasions inside a washroom. The police said that the incident took place on multiple occasions during the past one week after which the girl complained of severe pain to her mother. The police arrested the ‘ayah’ after registering a case under sections of the Protection of Children from Sexual Offences (POCSO) Act against her on the basis of the girl’s parents’ complaint.

The family was stunned after hearing the girl’s ordeal and took her to Masina Hospital for conducting a medical test. The test revealed injury marks on her private parts that were inflicted by fingers, police officials said. The school management has suspended the accused, Lilly Lobo.

The accused had allegedly threatened the child not to reveal about the incident.The parents of the senior kindergarten girl approached the Byculla police station on Monday afternoon to lodge a complaint again the caretaker, who is stated to be an old employee of the school.

“The accused threatened the child not to reveal about the incident. The case is being registered based on the complaint and a fresh medical test will be conduced on the victim. Action will be initiated after the reports arrive,” said Avinash Shingte, senior inspector of Byculla police station.

The school meanwhile issued a statement in connection with the incident stating Lobo is due to retire in May 2019 and has been there for almost 20 years. She had been staying in the campus. “The lady in question has been suspended with immediate effect. This lady has been with us since 25 years. I have not initiated a police complaint. I had a meeting with the staff and support staff, we have a child support code of conduct, which we hand out to the staff every year,” a school authority said.

“She has been touching the child inappropriately, due to which the child was reluctant to come to school. This is supposed to have happened one week back. The parents overheard a conversation between the child and her cousin and they came to know that the support staff touched her inappropriately on her private parts,” stated the school’s statement.

The school had a meeting with the PTA body, after the child has identified the accused, as a result of which the child was taken to the hospital.