Suicide note says the trio died due to the wife’s illness; Cops say family was in depression. 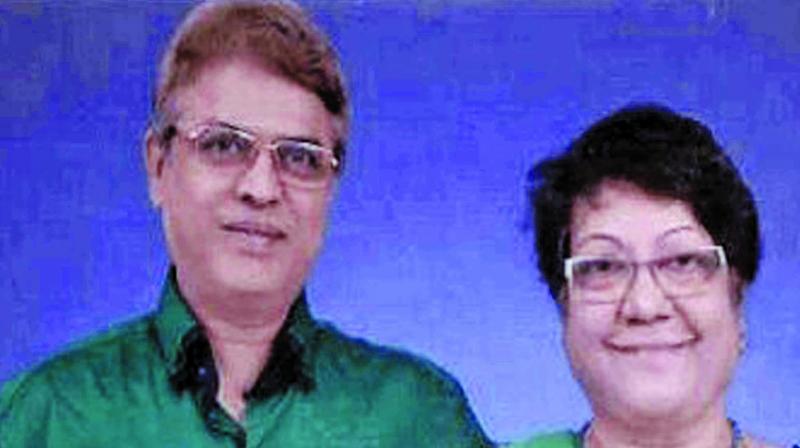 Mumbai: Three of a family — a 50-year-old engineer, his 45-year-old doctor wife and their 16-year-old daughter allegedly hanged themselves in Kamothe, Navi Mumbai on Sunday morning at their flat. While a suicide note by the doctor blamed an illness she was suffering from for her suicide, the police said the family was also in depression as they had taken loans from many people and were unable to repay them.

In the suicide note recovered by the police, doctor Jasmine Patel said she had spondylitis, (inflammation of the joints of the backbone), which drove her into taking the extreme step. Patel had written that she was dying along with her daughter, Oshin, as she did not want Oshin to live alone.  The wife also said in her suicide note that the trio’s bodies should be donated to the civic-run KEM Hospital’s anatomy department for studies by medical students. Oshin had failed in her SSC exam last year, while Indrajit Dutta, the husband, had lost his job a few years ago and was also debt-ridden, according to the police. The police, which has registered an Accidental Death Report, has ruled out any foul play and is speaking to the family’s neighbours to find out the circumstances that led to the deaths.

Navi Mumbai police commissioner Hemant Nagrale said, “ In the husband’s suicide note, he said when he saw them hanging, he brought them down and wrote he was going to give up his life too.”

Ashok Naik, senior PI of Kamothe police station, said, “Indrajit lost his job a few years ago and since then he was trying to set up some new thing but could not succeed. Jasmine was a doctor but she was suffering from spondylitis so she could not handle her dispensary properly. They had taken loans from many people and they were not able to return it, because of which they went into depression.”

Because of the family problems their daughter failed in her SSC exam two times. We are finding details about their family and soon will hand over their bodies to them.”