Incidentally, Rahul Kul is a legislator from Daund Assembly seat elected in 2014 on a RSP ticket. 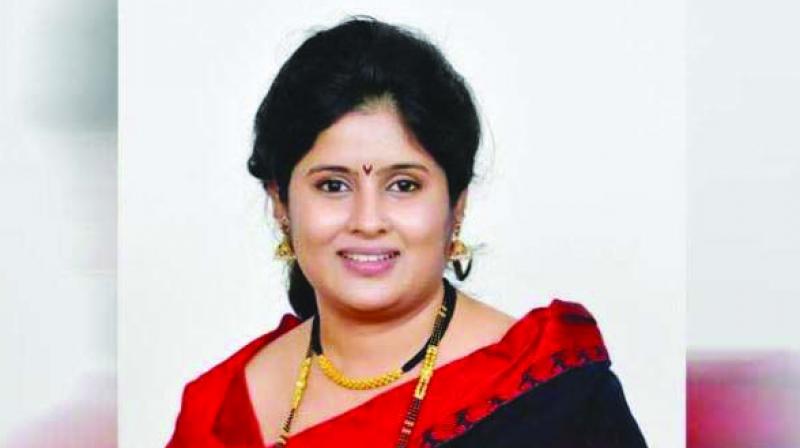 Incidentally, Rahul Kul is a legislator from Daund Assembly seat elected in 2014 on a RSP ticket. Mr Jankar had given a close fight to Ms Sule in the 2014 polls and lost by nearly 70,000 votes in Baramati, which is considered as the bastion of Pawar family. He had contested as an alliance candidate led by BJP-Shiv Sena.

The BJP had demanded that Mr Jankar should contest on lotus symbol in Baramati constituency. However, the RSP chief had made it clear that he would only contest on his party symbol.

“We are prepared to contest the Baramati seat and confident of winning it,” said Kanchan’s husband Rahul Kul.

According to BJP sources, Kanchan’s name was preferred due to several factors such as she was a local with her maternal home at Vadgaon village in Baramati and married to Kul family of Rahu village in Daund. Both Baramati and Daund fall under the Baramati parliamentary seat.

Kanchan’s husband was associated with NCP before switching over to RSP. Her mother-in-law Ranjana Kul was an NCP legislator from Daund.

Till 2014, the Kul family was loyal to NCP chief Sharad Pawar. In 2009 Vidhan Sabha polls, Rahul had contested as an NCP candidate, but was defeated. However, he had contested the 2014 polls against the NCP and won from Daund.