One Lakh BMC staff to protest against biometric system

The morcha will be done to protest against the flaws of the biometric system. 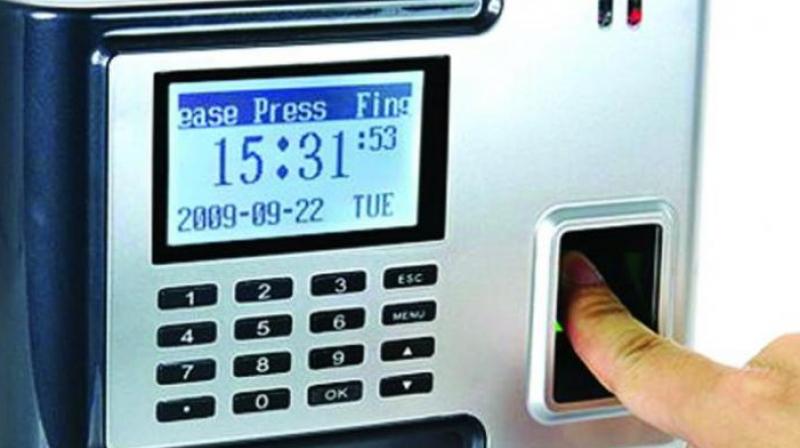 In protest, all 4,200 BMC engineers have refused to carry out additional work. “We are trying to resolve all grievances of civic employees through discussion.

Mumbai: Unhappy with the implementation of biometric attendance system, BMC staff has decided organise a morcha outside the civic headquarters on Monday to protest the flaws in the system.

With more than one lakh employees and workers likely to participate in the morcha, activities in the BMC are expected to come to a standstill on March 26.

“Despite this, the civic administration is turning a blind eye towards their demand to remove the flaws. The machines are faulty and there is a lot of ambiguity about marking the attendance,” said Sukhdev Kashid, president, Municipal Engineers Association.

According to the union leaders, the biometric attendance system, which has been made compulsory in the BMC, is proving to be harsh on employees, especially those who perform outdoor duty as it fails to mark their attendance on time.

In protest, all 4,200 BMC engineers have refused to carry out additional work. “We are trying to resolve all grievances of civic employees through discussion. All their demands will be looked into,” said a senior civic official.