The opposition members shouted against the government and so house got adjourned for five minutes on Friday. 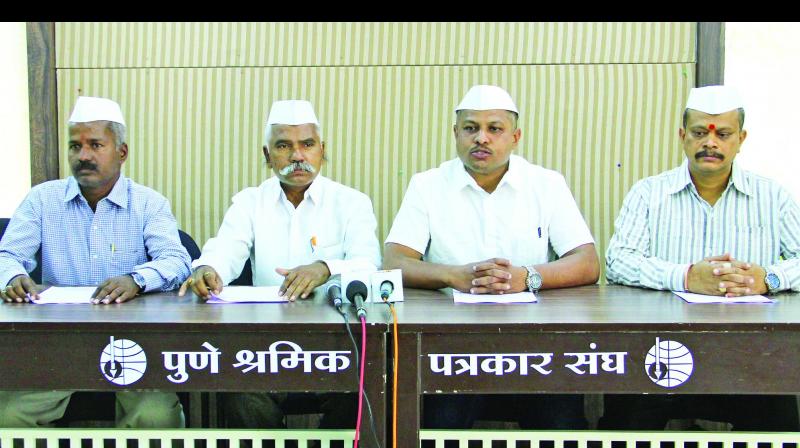 Sambhaji Bhide is accused of inciting the Bhima-Koregaon violence, which took place on January 1.

Mumbai: Legislative council chairman Ramraje Naik Nimbalkar has directed the state government to submit its stand before the house over the arrest of right-wing leader Sambhaji Bhide, who is accused of instigating in the Bhima-Koregaon clashes on January 1.

The caste clashes occurred during an event to mark the the 200th anniversary of a British- Maratha Peshwa battle. NCP's MLC Prakash Gajbhiye raised the issue of his arrest and called government ‘protector’ of Mr Bhide. The opposition members shouted against the government and so house got adjourned for five minutes on Friday.

Mr Gajbhiye claimed that the police has called Mr Bhide for an investigation on Thursday. “The Pune rural police were in Sangali to investigate the role of Mr Bhide.

But this was done secretly as the government wants to protect him. Police arrested another accused Milind Ekbote only after the Supreme Court slammed them. But it is not taking action against Mr Bhide,” alleged Mr Gajbhiye in house. He also demanded that government should come clean on Mr Bhide's arrest on record.

Looking at the mood of house, chairman adjourned the house. When house resumed Mr Naik Nimbalkar appealed members to keep calm. He asked the state government to put its say before the house.

Mr Bhide is co-accused in a complaint about the Bhima-Koregaon violence. He is the founder of Shri Shiv Pratishthan Hindustan, a right-wing organisation mainly working in Sangli and Satara. There was communal violence on January 1 when Dalits supporters had gathered to pay tribute to the warriors from the 200 years old battle.