The Council discussed the problem of rising tobacco addiction in the state. 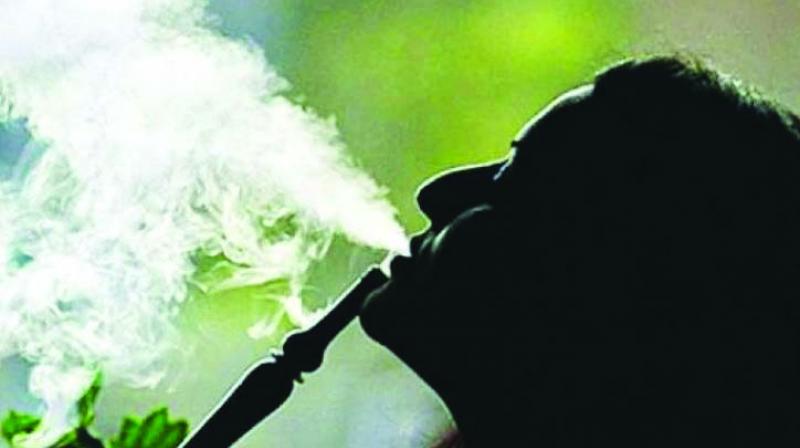 Cigarette smokers and hookah smokers are on the rise in the state. Youths and women too are under severe influence of tobacco and tobacco-related items,” said Mr Gajbhiye.   (Representational picture)

Mumbai: The state government has decided to bring hookah parlours under the National Tobacco Prevention Programme, state home minister Ranjit Patil on Friday announced in the Legislative Council. Food and Drugs Administration (FDA) minister Girish Bapat informed the House that not just laws but mass awareness programmes were needed for prevention. The Council discussed the problem of rising tobacco addiction in the state.

Nationalist Congress Party’s (NCP’s) Prakash Gajbhiye brought up the issue of increasing use of tobacco in the state. “We are implementing various schemes to have a tobacco-free state. But in reality, nothing is happening. Cigarette smokers and hookah smokers are on the rise in the state. Youths and women too are under severe influence of tobacco and tobacco-related items,” said Mr Gajbhiye.

In reply, health minister Deepak Sawant expressed concern over tobacco use. “The use of tobacco by women in society is increasing and it is alarming. In Gadchiroli district, usage by women is the highest according to the survey. We have planned a special programme for a tobacco-free society in 34 districts. There are 239 anti-addiction centres being set up in these districts. Till now, 1,41,671 people have been counselled in this regard,” said Mr Sawant.

Meanwhile, Mr Patil said that the state government was serious about the anti-tobacco campaign.