According to Mr Gaikwad, Khan had allegedly created a chain system where one student communicated with another. 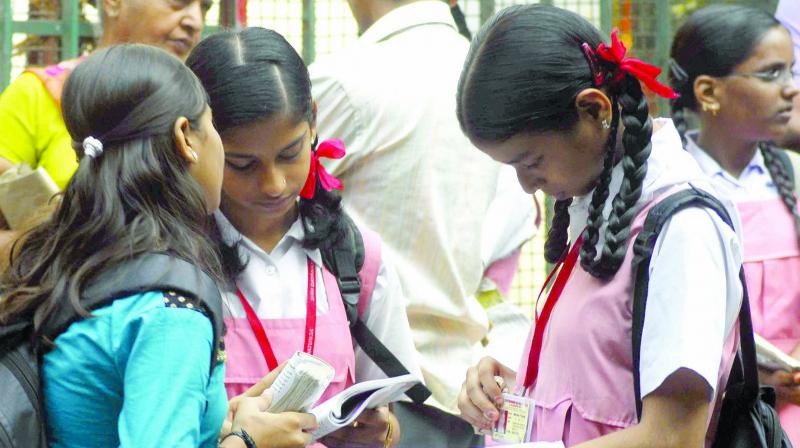 The incident came to light when these eight students were caught with copies of papers which matched the original question paper. (Representational Photo)

Mumbai: Accused Feroz Khan, who was recently arrested for allegedly leaking the Secondary School Certificate (SSC) examination’s History and Political Science paper, had used photo-sharing application Instagram as the tool to circulate the images of the question papers. He reportedly clicked the photos of question papers during slotting of these papers at the staff room, the police said. According to the Amboli police, with whom this case has been registered, Khan clicked the pictures of the question papers while slotting them at the staff room one hour before the exams began.

The question papers reach the online digital system of each centre from the board office around 9.30 am. “Only the chief exam conductor and some staffs are allowed to access the system. However, when all of them were segregating the papers, Khan managed to click pictures and send it through Instagram,” said Bharat Gaikwad, senior police inspector of the Amboli police station. This year, apart from the History and Political Science paper, the Information Technology paper got leaked as well.

According to Mr Gaikwad, Khan had allegedly created a chain system where one student communicated with another. “He did not personally connect to each student. He provided the papers through Instagram through chains of students,” the officer said.

Khan who runs a private coaching class of his own in Mumbra assured 31 students that he would provide them the images of the question paper half an hour before the examination. “These students were used as a tool to circulate the papers to more students,” he added.

Eight students from an Andheri-based school were charged for involvement in the case. They have been taken to the Dongri remand home for further investigations. The paper leak incident was reported on Monday when a teacher of an Andheri-based school found several students looking at their mobile phones and textbook simultaneously outside the school premises half an hour before the examination. The incident came to light when these eight students were caught with copies of papers which matched the original question paper.