He was involved with one of the arrested detectives, and through him was handling the government paperwork. 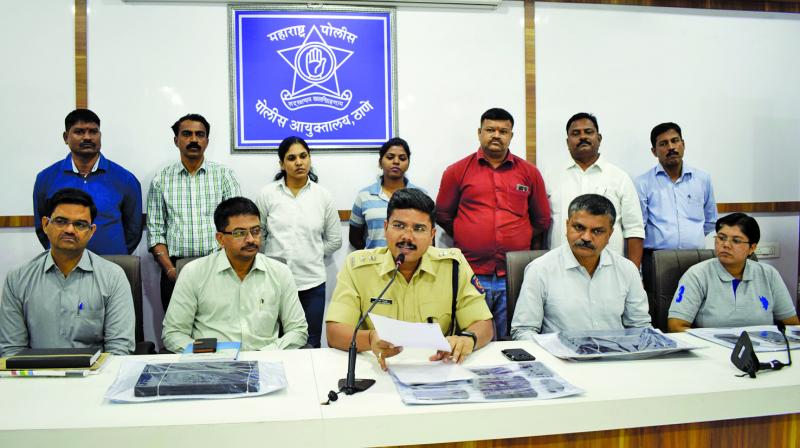 The accused, Nitin Khawade (29), was attached to the Yavatmal police.

Mumbai: The Thane crime branch has arrested a constable of the Yavatmal police station in the Call Data Records (CDR) leak case on Thursday.

The accused, who has been identified as Nitin Khawade (29), was attached to the Yavatmal police.

He was involved with one of the arrested detectives, and through him was handling the government paperwork.

The Crime Branch summoned the constable twice but he didn’t respond to the Thane police. When he was planning to execute his plan to flee the city, the crime branch unit arrested him. This is the 11th arrest in the case since the crime branch busted the racket earlier this month.

A police officer said, “During interrogation with the earlier arrested accused, Abhishek Nagargoje, police have received links of this police constable. Nagargoje used to take help from this constable to take CDRs and email details of people. As Khawade was deployed to the cyber branch, it was easy for him to get the CDRs.”

The police officer further added, that both the accused met two years ago when Nagargoje was helping the Yavatmal police to make their website. After that, they were in touch and would help each other. This constable also provided 2-3 CDRs to Nagargoje.

A total of nine accused are presently in the judicial custody, except for private detective Kirtesh Kavi, who is in police custody till Saturday.

The police said that some of the other accused are still on the run and that they are yet to trace them.