The participation by citizens too has risen from 720 to 14,400 within a couple of months time. 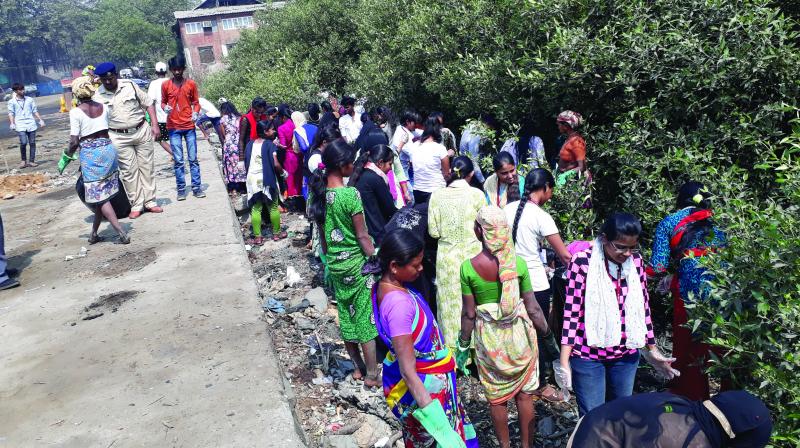 Mumbai: Nearly 500 tonne of plastic waste was removed from eight mangrove sites across Mumbai and suburban areas, including Navi Mumbai, over the last two months, as per the state mangrove cell’s data. Along with  volunteers under the Clean Mangrove Mission that work rigorously over the weekends, the mangrove cell had earlier deployed cleaning workers at these locations to remove the garbage daily from the sites. Officials stated that along with cleaning workers, people's participation has also significantly increased.

With over 18,000 volunteers, 14 colleges and 24 citizens groups, more than 500 tonne of plastic since the start January 1,   from Bandra, Versova, Dahisar, Airoli, Sewree, Vashi, Gorai and Bhandup was collected. On an average, 70-80 tonne of plastic is  removed every week, and 10-15 tonne every day.

“Mangroves store CO2 in large capacities, approximately 10 times more than a normal tree, filters water around it, further keeps marine life healthy and helps in mitigating climate change. The plastic and other dumped garbage in the rivers flows through the sea and during high tide ends up piled in mangrove areas, making it difficult to clean the plastic formation,” said N. Vasudevan, additional principal chief conservator of forest, state mangrove cell.

Awareness about mangroves is now gripping  Maharashtra. The participation by citizens too has risen from 720 to 14,400 within a couple of months time.

Minlind Pandit Rao, Divisional Forest Officer, State Mangrove Cell, said, “The momentum gained in this campaign is tremendous.In the coming months we will get to see garbage free and fully protected patches of mangroves.”