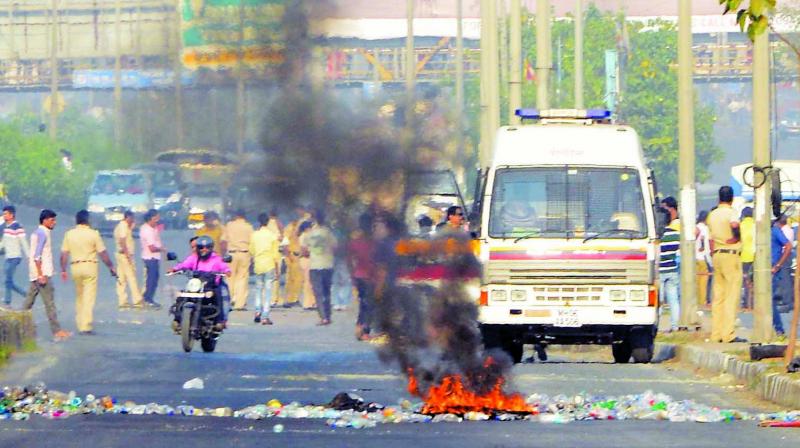 Mumbai: The Maha Vikas Aghadi (MVA) government is contemplating setting up an Special Investigation Team (SIT) within 15 days if Pune police fails to justify charges pressed against the accused arrested in connection with Bhima-Koregaon riots on January 1, 2018, sources in Manatralaya have said.

Pune police on Thursday briefed state deputy chief minister Ajit Pawar and home minister Anil Deshmukh about the status of the investigation in the case. The meeting assumes significance as NCP chief Sharad Pawar last month demanded that a SIT be set up under a retired judge to probe the action taken by Pune Police.

A Pune Police team, including IPS officer Ravindra Kadam, who was the joint commissioner of police at the time of incident, and chief investigating officer, ACP Shivaji Pawar, gave a presentation on the cases related to Bhima-Koregaon and Elgar Parishad violence.

After holding the review meeting, home minister Anil Desmukh, said, “We conducted one meeting. Another meeting will be taken in the coming days. After taking stock of everything, a decision will be taken whether SIT is needed or not.”

The home minister further added, “We were reviewing the chargesheet, what evidences were gathered. As several activists have met us stating that they have been illegally framed in this case, we are ascertaining whether there is any fact in it or not.”

Maharashtra director general of police Subodh Jaiswal and state intelligence commissioner Rashmi Shukla also attended the review meeting. Sources also said that a discussion also took place on the scope of investigation into the alleged tapping of phones of the arrested activists.

The government in the meeting also took cognisance of the two letters written by NCP chief Sharad Pawar on January 10, demanding SIT on the ‘cooked up’ charges framed against a dozen activists, following the Elgar Parishad-Koregaon Bhima violence.

The Pune Police probing the alleged links between the Elgar Parishad conclave on December 31, 2017 and the caste clashes around Bhima-Koregaon the next day had used the term “urban Naxal” to target some activists.

While the Pune city police arrested some human rights activists in the case, their rural counterparts had booked Hindutva leaders Milind Ekbote and Sambhaji Bhide for allegedly inciting violence.

Ekbote was granted bail by the Supreme Court, while Bhide was never arrested. The Pune Police has claimed the conclave was backed by Maoists. The parishad, they alleged, instigated violence near the Koregaon Bhima war memorial on January 1, 2018.