No casualties in fire at Deonar dumping ground

The fire erupted at around 2pm resulting in the area being enveloped by smoke. 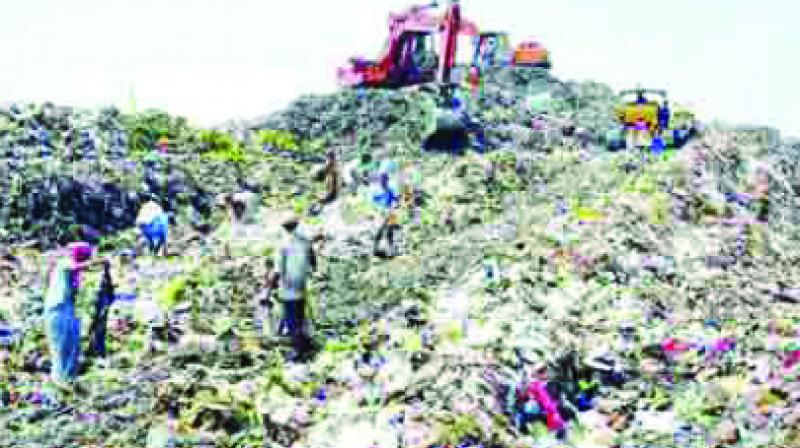 The fire brigade reached the spot within 15 minutes of receiving the complaint.

Mumbai: A fire broke out at the Deonar dumping ground Thursday, leading to smoke engulfing the neighbourhood.

Brihanmumbai Municipal Corporation officials suspect that the fire was deliberated lighted. The matter is, however, being investigated.

The fire erupted at around 2pm resulting in the area being enveloped by smoke. The fire brigade reached the spot within 15 minutes of receiving the complaint about the blaze.

“It was a minor fire, and one fire engine was deployed at the site. The flames were doused within 30 minutes. Our personnel were there for an hour thereafter for the cooling operation,” a Brihanmumbai Muni-cipal Corporation official said

The exact cause of the fire is uncertain, however we suspect deliberate attempts,” he added.

Fires have been a regular feature at the Deonar dumping ground since 2015, mostly during the winter season.

Earlier in 2016, a massive fire erupted at the ground due to which a thick layer of smog engulfed the surrounding areas, as far as Dadar, for seven days as shown in the satellite imagery by the Florida-based National Aeronautics and Space Administration (NASA).

According to BMC, 3,500 metric tonnes of garbage is dumped every day at the Deonar dumping ground. The BMC has recently finalised a contractor for operating the waste-to-energy plant at the dumping ground.