There is ambiguity over an alliance between the BJP and the Sena in the run-up to the Lok Sabha and state Assembly polls. 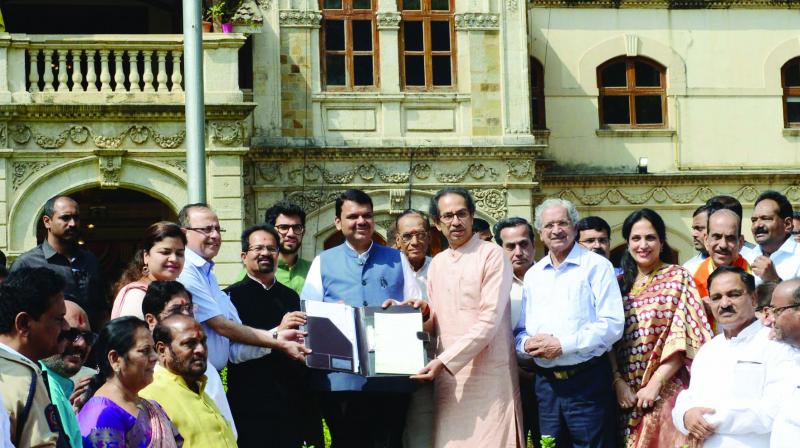 Just ahead of the Lok Sabha polls that are barely two months away, the land earmarked in Dadar for the memorial was officially transferred by the civic body to the trust set up for construction of the memorial. There is ambiguity over an alliance between the BJP and the Sena in the run-up to the Lok Sabha and state Assembly polls.

The possession letter of the premises and the agreement of the mayor’s bungalow for the national monument premises of late Bal Thackeray was handed over to the chairman of the memorial trust Uddhav Thackeray by the Brihan-mumbai Municipal Corpor-ation chief at a function held at the mayor’s bungalow in Dadar in the presence of the CM. Senior party leaders from both saffron parties were present at the event Wednesday, which coincided with the 93rd birth anniversary of the veteran leader.

Aware of media scrutiny, the Sena chief and CM were seen shaking hands and sharing a cordial relationship before the press.