Civic body to set up separate parking authority for city

According to civic officials, a committee has been formed which will be headed by the additional municipal commissioner as the parking commissioner. 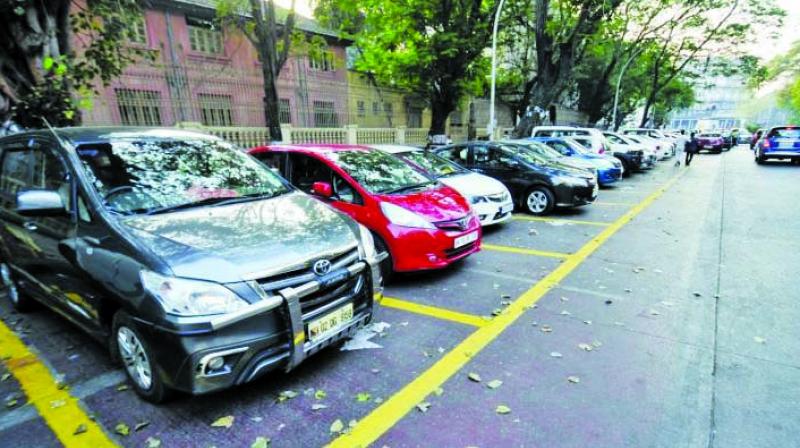 The assistant police commissioner (traffic) and deputy regional transport officer are also members of the committee.

Mumbai: To put an end to parking woes in the city, the Brihanmumbai Municipal Corporation (BMC) has decided to set up a separate parking authority in the city. The BMC will be the first civic body in the country to implement the project.

According to civic officials, a committee has been formed which will be headed by the additional municipal commissioner as the parking commissioner. The assistant police commissioner (traffic) and deputy regional transport officer are also members of the committee.

To tackle the growing parking problem in the city, the BMC in its Develo-pment Control Regulations of the Development Plan 2034 had proposed to set up an independent parking authority for the management, planning and control of parking.

The authority will create a Geographic Information System (GIS) map and a comprehensive database of all parking slots in Mumbai. A team of 12 planners and GIS mapping experts will now be roped in for creating the database. This team will work in coordination with the 24 ward-level assistant municipal commissioners, along with assistance from the All India Institute of Local Self-Government.

There are 91 on-street par-king sites and 47 off-street locations or constructed pa-rking lots, together accou-nting for a little over 20,000 vehicles. However, according to RTO data, Mumbai has about 32 lakh vehicles.

“The planners will start interacting with people, housing societies and commercial establishments to discuss the sharing of their parking spaces for public purposes,” said an official.