319 BMC schools to get fire equipment

The schools claimed to have sent a request letter to the department, asking the latter to install extinguishers and other safety equipment. 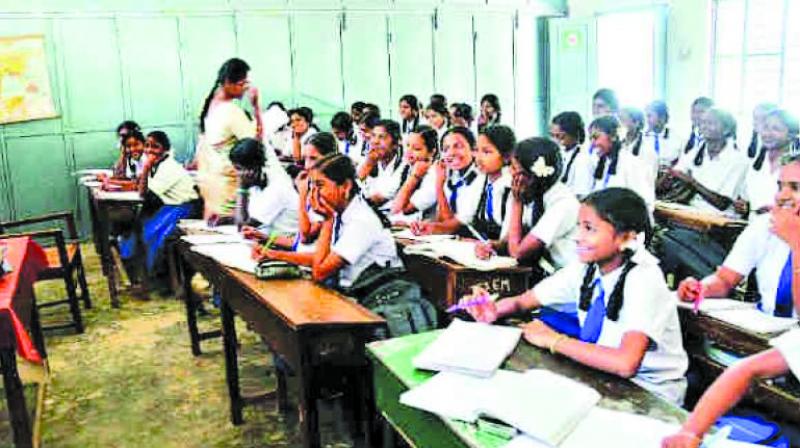 Schools that have wooden desks and benches lying in the store room or vacant room are asked to either dump them or return them to the department.

MUMBAI: Three-hundred-and-nineteen out of 442 school buildings under the Brihanmumbai Municipal Corporation (BMC) lack proper fire equipment. The education department of the civic body will soon install all the equipment, and initiate a training programme for the staff and teachers of every school. A fire audit will be conducted as well after which, schools will be given a fire safety certificate.

When The Asian Age visited a couple of schools in the city, it was found that even though fire equipment such as extinguishers was there in the building, it was not in a working condition.

The schools claimed to have sent a request letter to the department, asking the latter to install extinguishers and other safety equipment.

“The process is really long and it has been more than a year but no response has been received from the department. However, since the responsibility of safety is ours (school’s), we have given basic training to the students just in case,” a principal of a Bandra-based BMC school said.

A senior official at the department said, “With eight days, the training will begin for all the peons, school caretakers, teachers, and also the principle. Through this, it will be easier in case any mishap or incident occurs in the school premises. After their training, these people can carry forward bits of training to the students in order to make them socially aware about what can be done once fire breaks out in the school or any other area.”

Apart from fire extinguishers, other basic safety equipment including sprinklers, first-aid kits, smoke detectors/alarms, etc. is mandatory to be installed in every school for the safety of both students and faculty.

Schools that have wooden desks and benches lying in the store room or vacant room are asked to either dump them or return them to the department. “The probability of fire spreading is high if wooden items are stored in the school building. Hence, they have been asked not to collect them and get rid of them as soon as possible,” the official said.