It should provide new loans to all the farmers in Kharif and Rabi crop season of 2018. 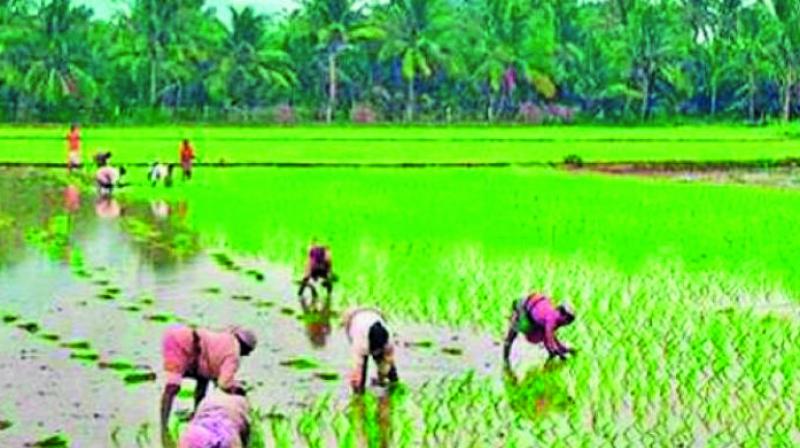 Mumbai: Despite the ambitious farm-loan waiver scheme of the state government, crop loan disbursement dropped significantly to 39 per cent of the target till December 2017.

The rate of crop loan disbursement was 72 per cent in 2016. The target was set as `54,220 crore for Kharif and Rabi out of which 20,919 crore was disbursed till the end of 2017 as per information given by SLBC (State Level Bankers Committee).

Cooperation minister Subhash Deshmukh opined that farmers may not have needed the loan and government has not received any complaint from farmers that banks had denied the loan.

Ex Chief minister and Congress leader Prithiviraj Chavan said, “This is shocking and government should find out the reason behind the poor performance. Government has delayed the payments of loan waiver amount, which might have resulted in denying new loans by the banks to the farmers. It should provide new loans to all the farmers in Kharif and Rabi crop season of 2018.

One of the main intension behind the loan waiver was to increase the crop loan disbursement, which had suffered a lot when compare to last 2-3 years and only 28 lakh farmers had received loan till December 2017.  CM Fadnavis had taken few meetings of SLBC and asked them to extend the crop loans as per targets set, but still bankers have not responded much.

Replying to the comments, Mr Deshmukh said, “Farmers did not turn up for loan because they might not be required due to benefits received from waiver scheme or they might have taken loans from someplace else, but banks have not denied loan to any farmer.”