A few North Indian faces, like Akhilesh Tiwari, Vinay Shukla and Gulabchand Dubey have been made convenors. 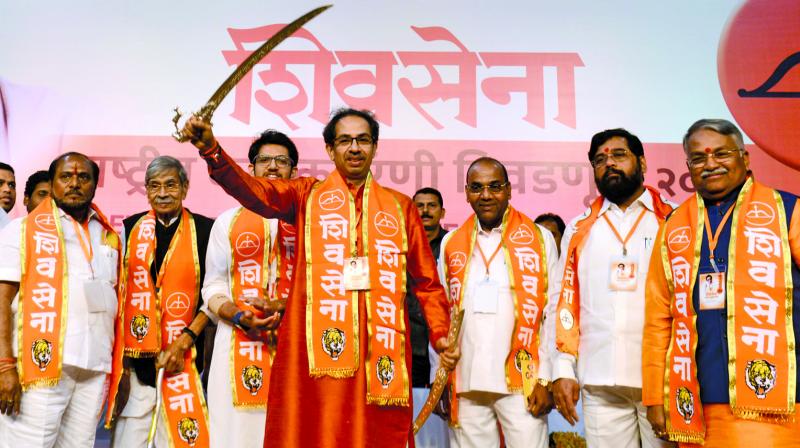 Mumbai: In a major reshuffle, Aditya Thackeray, Anant Gite, Eknath Shinde, Chandrakant Khaire and Anandrao Adsul were declared leaders of the Shiv Sena on Tuesday. Among a clutch of other elevations that took place, the surprising one was that of Sena chief Uddhav Thackeray’s personal assistant (PA) Milind Narvekar who has been given the secretary’s post. Mr Narvekar will now look after party work from Sena Bhavan.

With the party having decided to go it alone in the Lok Sabha and assembly polls in 2019, the rank and file was geared up for change. A few leaders were promoted and a few others were given new responsibilities during the party’s national convention. Senior-most leaders and union minister Mr Gite, PWD minister Mr Shinde, senior MP Mr Khaire and MP Mr Adsul, along with Yuva Sena chief Aditya were given posts as leader.

The Sena also appointed new deputy leaders, secretaries, conveners and spokespersons. A fresh team of the Yuva Sena was declared with Aditya as its chief. A few north Indian faces including Akhilesh Tiwari, Vinay Shukla and Gulabchand Dubey, have been made conveners in the party hierarchy.

Party sources said that Aditya was elevated so that he can lead the party in the 2019 national elections. Aditya's elevation is important as he will play a key role in the next Lok Sabha and assembly polls, sources said. “He will lead the party along with Mr Thackeray,” they said.

The sources further said that the reshuffle had encouraged workers to start preparing for the polls, not to mention given opportunity and responsibility to new faces to work for the party.