The stall owners have given an undertaking to comply with the conditions of license. 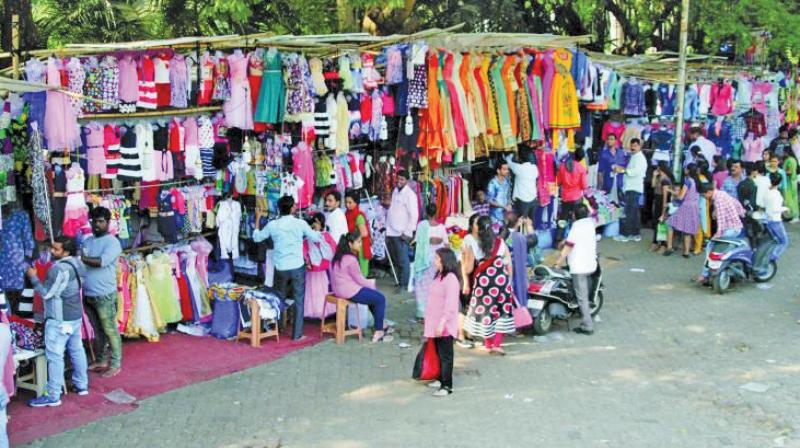 Mumbai: The Bombay high court has restrained the Brihanmumbai Municipal Council (BMC) from evicting or relocating the 167 licensed stall owners at Bandra Linking Road. The court was hearing the petition of the stall owners alleging that BMC was trying to forcefully evict them by refusing to renew their licenses for the year 2017 and in the process term them illegal. The court has granted interim stay on all actions that BMC may initiate to relocate the stall owners. The stall owners have given an undertaking to comply with the conditions of license.

A division bench of Justices S.S. Kemkar and P.D Naik was hearing the petition filed Linking Road Stalls Owners Welfare Association (LRSOWA) praying for interim relief in light of BMC initiating eviction procedure of 167 stalls by not renewing their licenses for the year 2017.

The counsel for BMC argued that the stalls had violated the condition of license and a notice regarding the violations was served to the stall owners on January 6. The violations included dustbins not kept outside stalls, selling goods that are not permitted to be sold and violation of hanging goods outside the stalls.

Advocate Induprasad Tripathi, appearing on behalf of LRSOWA, however, informed the court that as per a previous order of the court the corporation could take action only if the stalls put their shops beyond the limits of stalls. However, the same was not true for all the stalls and hence the blanket notice to all stall owners was not justified, she said.