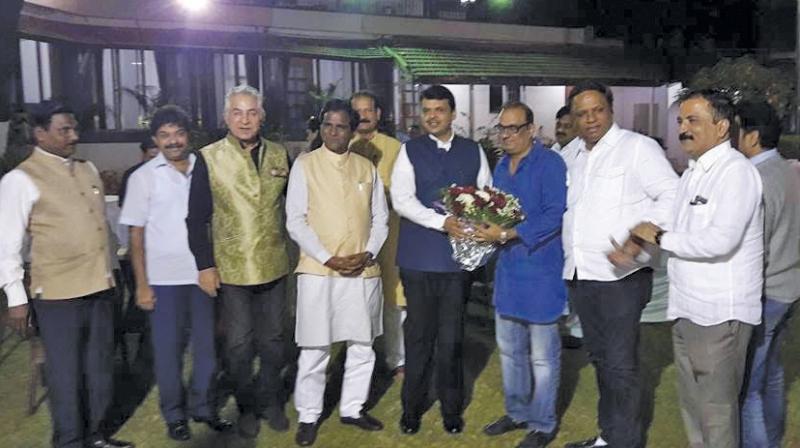 Mumbai: It’s not just former MLA Krishna Hegde, who quit the Congress and joined the Bharatiya Janata Party (BJP) on Monday; some more Congress leaders are on their way out before the Brihanmumbai Municipal Corporation (BMC) polls. Disillusioned with the ‘step motherly treatment’ meted out to them by the Congress’ city leadership, other MLAs and corporators, most prominently belonging to Gurudas Kamat camp, are also on the verge of deserting their party.

Other than Mr Hegde, who is ex-MP Priya Dutt’s aide, Congress corporator Parminder Bhamra also joined the Bharatiya Janata Party. The veteran leader made a scathing attack on Mumbai Congress chief Sanjay Nirupam for his ‘autocratic behaviour.’ “I tried to point out to party leadership how Nirupam was damaging the party. However, no cognisance was taken of my plea. The Congress will not win even 25 seats under his leadership,” Mr Hegde said.

AICC general secretary and former MP Gurudas Kamat expressed his discontent over the happenings by saying, “It is sad to see Congressman leaving the party due to Nirupam and Mohan Prakash’s behaviour. It seems like a deliberate attempt to drive out people from the party,” he said. Mr Prakash is the state in charge of the Congress.

Mr Kamat enjoys good support in the city party unit. The Kamat camp also has a strong presence in the BMC including senior corporators like former opposition leader Devendra Amberkar, Sheetal Mhatre and Mohsin Haider among others. According to sources, several members from the Kamat camp were denied tickets for the BMC polls. Irked by this, many of them are planning to move out and join either BJP or Shiv Sena. “With Nirupam continuing his hatred agenda against us, I think our future in Congress is very bleak. I will wait for next couple of days and make my next move,” said another senior Congress corporator.

Mr Kamat on Monday morning tweeted that Rahul Gandhi’s office informed him that former Haryana chief minister Bhupinder Hooda, has been deputed to look into the issues of Mumbai Congress. He is expected to hold a meeting of all leaders on January 25.