All three deceased were drivers, working for a cab service in Mumbai. 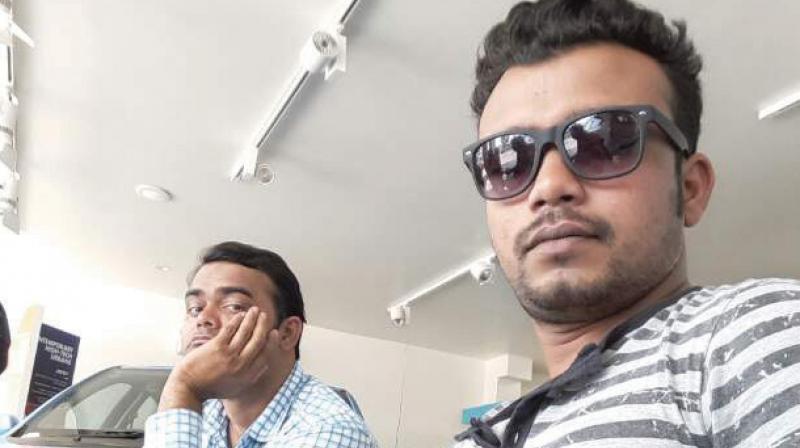 (Left) Asif Khatri succumbed to his head injury at KEM hospital and (Right) Sameer Shaikh died on the spot in Nashik.

Mumbai: Planning to a buy a car for their business, three friends, who had gone to Nashik, met with an accident on their way back on January 17. While Sanjay Shukla and Sameer Shaikh, died on the spot, Mohammad Asif Khatri, who was admitted to the KEM Hospital succumbed to his injuries on January 20. The trio, residents of Malvani, was travelling in a Swift car and collided with a truck while on their way back home.

On January 17, the trio, along with three more friends left for Nashik, to book a car from a Honda showroom.

All three deceased were drivers and were working for a cab service in Mumbai. The trio was looking to buy a Honda car.

The trio had decided to use the new car for providing cab service. When the trio left the city for Nashik along with another three friends.

Khatri, Shukla and Shaikh travelled in a Maruti Suzuki Swift, and the other three friends drove another car.

The trio had booked a Honda City Car and left for Mumbai at 5 pm. The trio’s cars collided with a truck nearly 10 kilometres away from the Honda showroom.

The truck rammed into the Swift car, killing two on the spot. While Shukla and Shaikh died on the spot after sustaining major injuries, Mohammad Asif Khatri, succumbed to his head injuries after he was admitted to KEM hospital in Mumbai.

After the accident, the driver of the truck left the vehicle and fled the spot. The Cops have launched a manhunt for the absconding truck driver.

Speaking to The Asian Age spoke, Mohammad Asif Khatri’s brother Imran Khatri said, “My brother left for Nashik on the morning of January 17, but never returned. A truck collided with their car, killing two of his friends on the spot. My brother eventually succumbed to his injuries on January 20 at the KEM Hospital.  He had gone to Nashik to book a car so that he can tart a business but that turned fatal for him.”