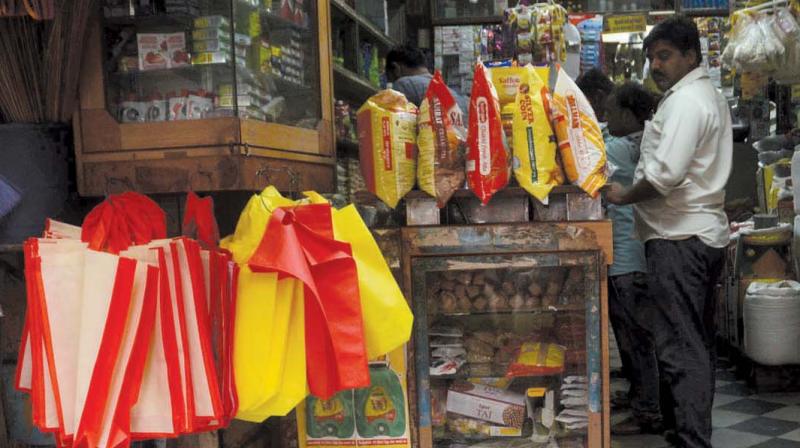 The civic body is now planning to invite tenders for the disposal of banned plastic.

Mumbai: The Brihanmumbai Municipal Corporation (BMC) has seized more than 30 tonnes of banned plastic so far after the plastic ban that came into force on June 23 in the state. The civic body is now planning to invite tenders for the disposal of banned plastic.

According to the civic data, the BMC has prosecuted 288 people, who have refused to pay fine for using banned plastic. During this period, the civic body has seized more than 30,000 kgs of banned plastic a-nd collected a fine of more than Rs 1.5 crore from the offenders. A senior official said, ever since the plastic ban ca-me into force, the BMC has started action agai-nst the banned plastic.

Daily around 2500 to 3000 establishments are being inspected and around 70 to 100 kgs of plastic being collected. A fine of average Rs 60,000 to one lakh is being collected everuday. As 288 people refused to pay the fine, the BMC issued notices to them and initiated legal action against them, the official added.

“Prosecution has been issued against offenders, who have refused to pay the fine for using ban-ned plastic. They will be tried in the Metropolitan Magistrate for violating the plastic ban,” said a senior official from the shops and establishments department.

Under the plastic ban, the state government has declared a fine of Rs 5,000 and Rs 10,000 respectively for first and second time offence. A third-time offender will be fined Rs 25,000 and three months imprisonment.

“We are now planning to invite tenders for the disposal of banned plastic, which has been collected in large quantity. The agency certified by the Maharashtra Pollution Control Board  will be selected for this task,” said the official.

On March 23, the state government had imposed a ban on manufacturing, use, sale, distribution and storage of plastic materials. The ban came into effect on June 23.

The government had given a  three months period for the disposal of the existing stocks.