Having dropped out of school and college, the accused started the business of stealing bikes. 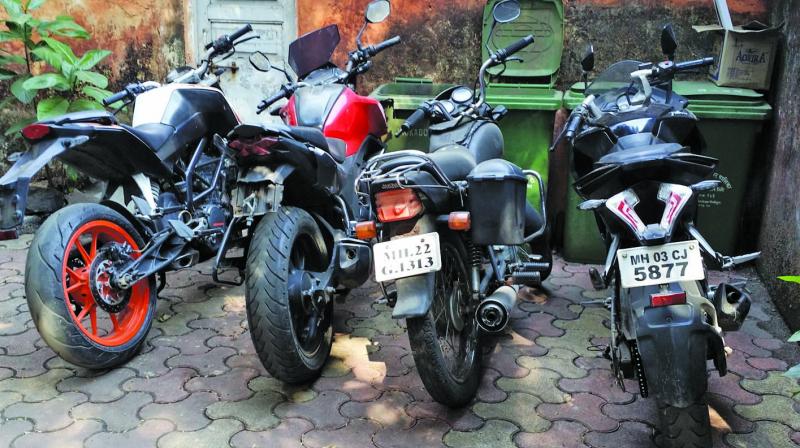 They planned to buy their own bikes after a few more robberies, said Nehru Nagar police officials.

Mumbai: Four men, including two minor boys, who used to steal bikes with the help of YouTube tutorials, were arrested by the Nehru Nagar police. There are several cases registered against the accused at various police stations across the city.

Of the four arrested accused, Shahnwaz Abdul Shaikh Alisa Sultan (21) and Nazir Alam Shaikh (19) are residents of Byculla and the other two are minors.

Having dropped out of school and college, the accused started the business of stealing bikes. Over the past three months, they have stolen more than 12 bikes and earned thousands of rupees. They planned to buy their own bikes after a few more robberies, said Nehru Nagar police officials.

A police officer said, “The accused have stolen bikes from RCF Colony, Pydhonie, Nagpada, Agripada, Dongri and other parts of the city. They started stealing bikes because of their passion for sports bikes. They would attend bike races taking place in Mumbai and then do a recce of the sports bikes used and pick the bike they liked the most as target. They learned how to start these bikes without using keys from YouTube videos.”

As in these videos, the accused would use a wire to start the bike and then escape with it. In the event they came to know they were being followed by the police, they would abandon the stolen bike in any part of the city or sell it to persons staying around the state of Gujarat.”

Police sub-inspector Sarjirao Patil of Nehru Nagar police station said, “We came to know about these incidents from several other police officers.”