In the Tower of Silence, which is situated at Malabar Hills, solar concentrators have been installed in order to decompose dead bodies. 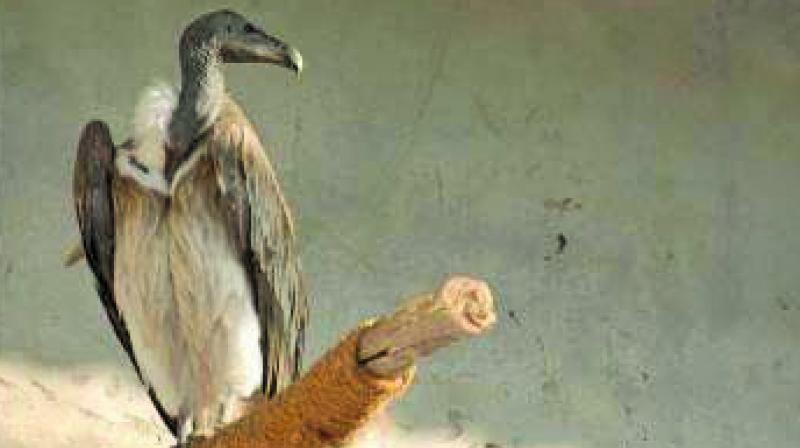 Representational image of a slender-billed vulture.

Mumbai: The ancient Zoroastrian sky burial tradition is all but vanishing with the community in Mumbai opting for other alternatives such solar desiccation and cremation, owing to the disappearance of vultures from the city.

In the Tower of Silence, which is situated at Malabar Hills, solar concentrators have been installed in order to decompose dead bodies.

“According to Zoroastrian culture, the dead body is left on the Tower of Silence for the vultures to feed upon. However, with the extinction of vultures in the city, we have come up with solar desiccation where the body is left to dry by the sun. The concentrators dissect the bodies but it is not a quick process as by the vultures,” said Dr Homi Dhalla, Zoroastrian scholar.

However, this process is difficult to use during the monsoons. The solar panels converge light and heat at 110 degrees Celsius on a corpse to quicken decomposition.

Community members also said that ravens and kites have now replaced the vultures around the Tower of Silence.

Some community members have resorted to cremation.

“There have been instances where Parsi families have cremated their deceased in burial grounds or in bio-gas crematoriums,” said Phiroz Patel, a member of the community.