After eating pastry, plastic shard gets lodged in 19-year-old’s throat

The incident took place when Ruben, bought pastry from a popular cake chain at Chembur station. 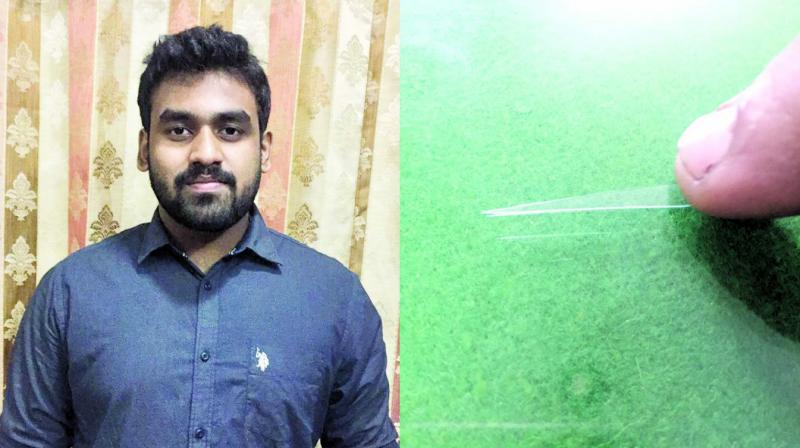 Ruben Francis and the plastic shard.

Mumbai: A doctor from Joy Hospital, Chembur removed a two-inch long plastic fragment, which was stuck in the throat of a 19-year-old, Ruben Francis, for three days after he ate the cake. The incident took place on Monday when  Ruben, bought pastry from a popular cake chain at Chembur station. Ruben, who has sustained throat injuries and infection, filed a complaint with the Govandi police station against the pastry chain for gross negligence.

Uttam Kolekar, senior police inspector from Govandi police station said, “The samples of the piece and pastry has been sent for chemical analysis at Kalina Forensic Laboratory and we have forwarded the complain to Food and Drugs Administration officials.” Talking to The Asian Age, Ruben’s father Joseph Francis said, “We attempted some home remedies but when he started feeling dizzy, we took him to the Joy Hospital for a check-up.”

According to Dr Jamil Khan from Joy Hospital, “After medical examination it appeared like a glass or a plastic thing, stuck between his tonsils and since we needed surgical intervention, we moved the patient to Zen Hospital.” The manager on duty who didn’t wish to name himself said the piece might have been dropped inside the pastry during packaging.