The infant had sustained serious burn injuries in the fire incident, after which, his left arm was amputated. 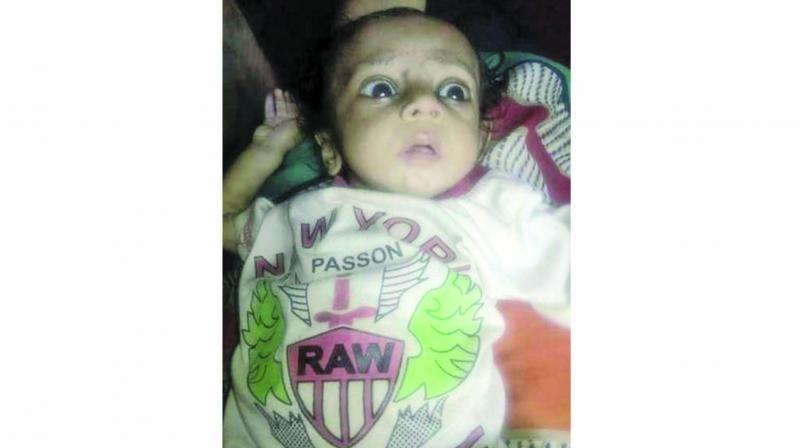 Prince had suffered 22 per cent burns on the right side of his face and body.

Mumbai: Three-month-old Prince Rajbhar, who had sustained severe injuries in KEM Hospital fire, passed away at around 2.45 am on the intervening night of Thursday and Friday after suffering a cardiac arrest. The infant had sustained serious burn injuries in the fire incident, after which, his left arm was amputated.

The infant suffered from a congenital heart ailment, and was brought to the city from Mahu District of Uttar Pradesh by his financially weak parents for better treatment.

On November 7, an Electro-Cardio Gram (ECG) cable of KEM hospital caught fire, causing severe burn injuries to the 3-month-old infant, leading to the amputation of his left arm. While he was already serious, the burn injuries and amputation worsened his condition.

The dean of KEM Hospital Dr Hemant Deshmukh said, “Prince was put on maximum ventilator support, however, his condition deteriorated on Thursday night. He suffered cardiac arrest at 2.30 am on Friday. The medicos present in the room tried their level best but could not revive the baby.”

Prince’s father Pannelal Rajbhar has demanded that a post-mortem be performed on his son at state-run JJ Hospital, and also Mr Rajbhar has written a letter to Maharashtra governor B.S. Koshyari, alleging sheer negligence of the hospital and their failure to provide proper treatment to his son.

In the letter, Mr Rajbhar has alleged that the KEM Hospital’s medical facility does not have fire safety clearances and is also not audited by the fire department. He also alleged that KEM staff and doctors were not given proper fire safety training. Prince was not provided super-speciality treatment since he was poor, the father stated.

He further added, “I brought my child to Mumbai for better treatment but the case worsened here due to improper management of the hospital. We didn’t know that our child would breathe his last here.”

The BMC offered a compensation of Rs 5 lakh, which was rejected by the parents who sought long-term rehabilitation. Stung by criticism from various quarters over the meagre payout, the country’s richest civic body on Wednesday doubled the compensation to the family to Rs 10 lakh.