The incident unfolded around 3.15am at T-Circle near Green City complex on the Ambernath-Badlapur road, said Thane crime branch officers. 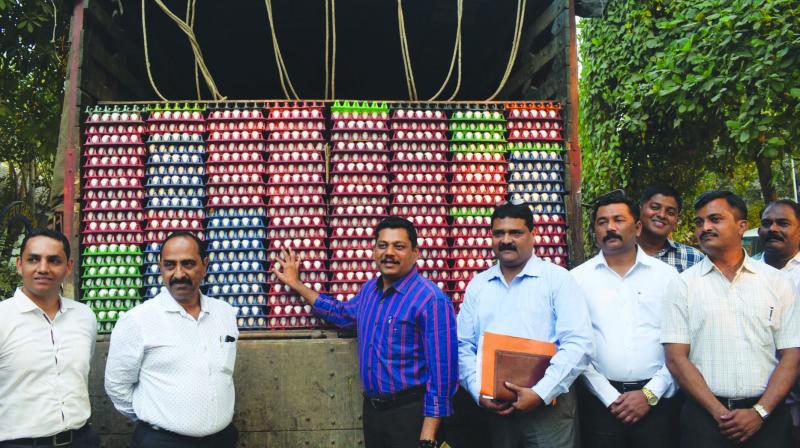 Mumbai: The Thane crime branch has arrested a vendor from Bhiwandi, who, along with his accomplices, allegedly executed a highway robbery only to flee with a truckload of 1.41 lakh eggs worth Rs 5 lakh. The accused later revealed that he had suffered heavy losses in the business and hence robbed the truck coming from Hyderabad loaded with eggs.

The officials said that the robbery was carried out on the highway when the truck was about to reach a godown in Ambernath carrying the consignment of eggs. The accused person along with his accomplices intercepted the truck (KA-56-1961) in a car and pulled out Mohammad Nabi Shaikh and his son Muzzamil (17) only to bundle them into their car.

The incident unfolded around 3.15am at T-Circle near Green City complex on the Ambernath-Badlapur road, said Thane crime branch officers.

“The truck was confiscated at knifepoint and later, one of the accomplices took charge and drove it to Bhiwandi. Ho-wever, they let off the duo at an isolated stretch in Rayate, Titwala, and fled,” said Deepak Deoraj, depu-ty commissioner of poli-ce, Thane crime branch.

The accused also robbed the duo of their cash before letting them off. The police said that the duo then approached the Shivajinagar police station in Ambernath and lodged a complaint against the accused persons.

The police began an investigation and found that one Saddaat Ansari from Bhiwandi was involved in the crime. He confessed to the crime saying he had suffered heavy losses in the poultry business.

The officials searched his premises and could recover 1.16 lakh eggs worth Rs 4.12 lakh along with the stolen truck.