According to NIA officials, the team has conducted searches on one more premise of IRF in Mumbai on Tuesday. 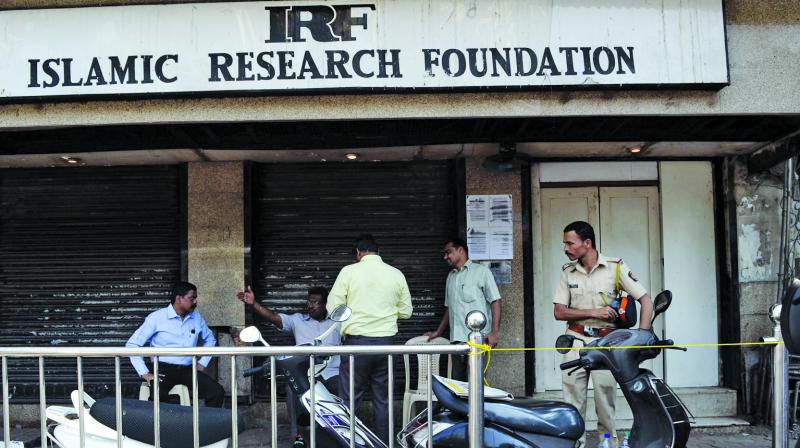 The NIA had booked the IRF and Naik.

Mumbai: The National Investigation Agency (NIA) has seized documents that reflect the cash flow from the Islamic Research Foundation (IRF) to five companies including Harmony Media Limited. All five are said to have close connections with IRF, were allegedly also used for domestic and foreign funding. The NIA has also found that Abu Anas, a resident of Tonk, Rajasthan arrested in January 2016, had received Rs 80,000 as a scholarship from IRF and, when arrested, the latter had revealed that he planned to go to Syria to join the ISIS.

According to NIA officials, the team has conducted searches on one more premise of IRF in Mumbai on Tuesday. So far, 20 premises have been searched. During the search operations, videotapes and DVDs of Naik’s public speeches, documents related to property and investment, financial transactions, foreign and domestic funding of the proscribed IRF as well as its associated companies, and electronic storage devices have been recovered.

The NIA had booked the IRF and Naik under section 10 (Penalty for being a member of an unlawful association), Section 13 (Unlawful activities), 18 of the Unlawful Activities (Prevention) Act and section 153 A of the IPC.