A team of the child protection unit of Thane went to Vasai to bring the girl. 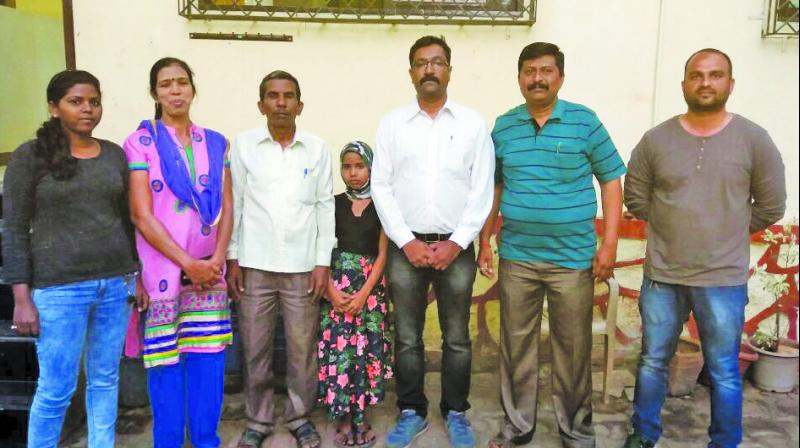 Mumbai: A 12-year-old Thane girl, who ran away from home fearing a beating from her brother for scoring poorly in her exams, on Tuesday was reunited with her family after two months of being taken care of by a Vasai woman, who found the girl and took her under her wing as she did not have a daughter of her own.

A team of the child protection unit of Thane went to Vasai to bring the girl, Soni Vishwakarma, back to her own house. Constable Pratima Manore said, “On September 9, Soni’s brother, Sandan (26), came to Kalwa police station to register a missing complaint. According to his complaint, the girl left their home in anger after Sandan scolded her and told her to study hard. However, at the time, he thought she might have gone to her friend’s house.”

Crime branch Thane unit API Ahirrao said, “The girl first went to the railway station, caught a Dadar train and got down there after which she took a bus to Vasai. However, she did not know which train or bus she was travelling in. After she got into the Vasai-Virar bus, she kept crying a lot. Later, she sat down besides one Cambria Michel (48), a Vasai resident. Michel gave Soni biscuits and chocolates to calm her down. When Ms Michel got off at Nalasopara, Soni too got off and followed her. Soni insisted on going with Ms Michel claiming she did not have a mother. Ms Michel willingly took her under her wing as she does not have a daughter.”

During the time Soni stayed with Ms Michel, she tried to remember Sandan’s number and finally dialed the correct number on November 18. Soni, who stays in Bhaskar Colony, Thane, with her brother and father, both labourers, managed to speak to her father but the phone got disconnected in between.