Dinkar Aher from Kopargaon, who sells his onions in Nashik, said that he received cheques for the agricultural produce sold by him. 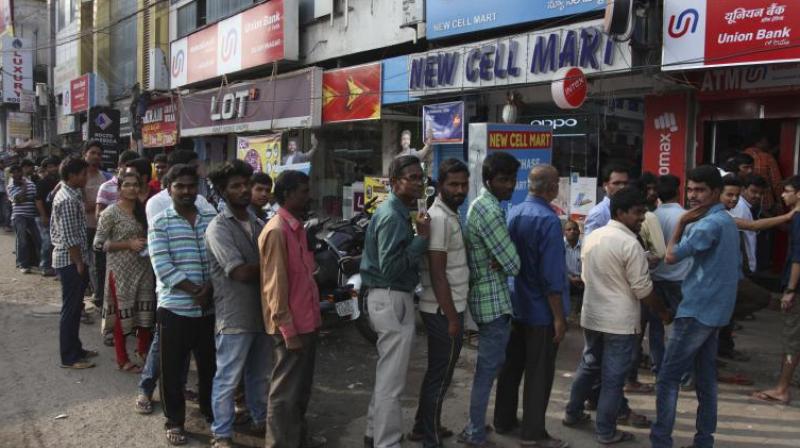 Nashik: Farmers are of the view that the government’s announcement allowing them to withdraw Rs 50,000 for their agricultural needs is impractical. Some of them said on Tuesday that the Rs 2,000 notes that were being disbursed to them were of little or no use.

Dinkar Aher from Kopargaon, who sells his onions in Nashik, said that he received cheques for the agricultural produce sold by him. “We have accounts in different banks and it takes over a week to clear cheques drawn on different banks as the banks are burdened with accepting old currency notes. Secondly, even if we withdraw cash, the amount is disbursed in currency notes of Rs 2,000 denomination. How will we pay labourers and transporters?” he asked.

Mr Aher added, “Grocery shops accept currency notes of Rs 2,000 but on the condition that we buy groceries worth the entire Rs 2,000. We should be disbursed lower denomination currency for our day-to-day transactions.”

Udaykumar Aher from Deola, a farmer and Shiv Sangram’s state spokesman, said that the government should have done some planning before demonetisation. “We have kokni (adivasi) labourers working in the fields. They come with their extended families and set up camps in fields. Roughly, their average daily wage is Rs 300 per person.

After working for two months, their dues go into lakhs of rupees. Now they are not allowed to change currency beyond a certain amount. Labourers and farmers have been severely affected by demonetisation,” he said.