He was attacked near Asalfa Metro Station at 1.30 am. 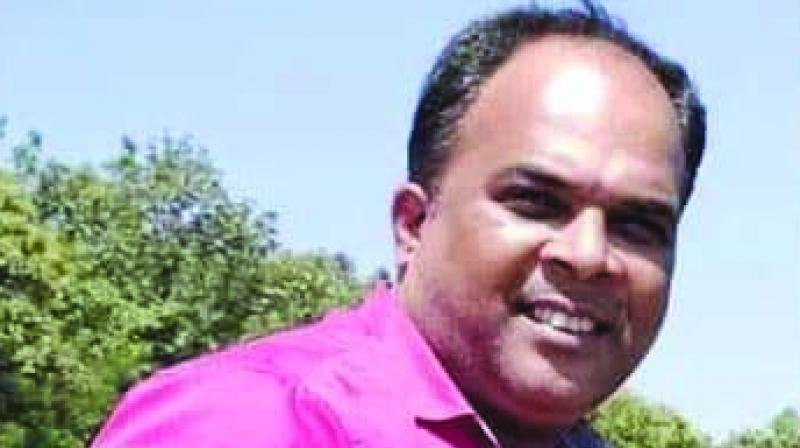 Mumbai: A Congress worker, Manoj Dubey, was hacked to death in Sakinaka on Sunday night allegedly over his political write-up on a social networking website. The police said that there were tensions between him and his counterparts from the BJP over the post, which led to the skirmish in a colony in Ghatkopar. The duo, however, came face to face again following an accident when Dubey was attacked with sword and killed.

The police said that Manoj Dubey was attacked near the Asalfa Metro station, at around 1.30 am, after he came face to face with the alleged accused, Suraj Singh along with party workers of the Bharatiya Janata Party (BJP) after their two wheelers brush passed each other.

Singh and Dubey had been at loggerheads with each other after the latter put up a post on his social networking profile alleging that BJP would lose election scheduled in 2019. The skirmish was also brought to the notice of the police after a non-cognizable (NC) complaint was lodged with the Ghatkopar police station by both of them against each other.

At the time of attack, Dubey was held by the party workers who brought the sword and hacked him over the skirmish that was triggered by the post, which also attracted several derogatory reactions against the leaders of the respective political parties.

“We have detained some persons for interrogation and are probing the incident. The motive needs to be ascertained,” said Navinchandra Reddy, deputy commissioner of police, Zone X.

Police said that after Dubey was attacked he was left outside a temple in critical condition. Locals informed the police and rushed him to Rajawadi Hospital where he was declared dead on arrival.

“The police should have sensed this coming after the NC complaint was lodged. The attackers should be arrested,” said a family member of Dubey.

The police have registered a case of murder as per the provisions of the IPC against Singh and others and teams have been formed to track down the accused persons.