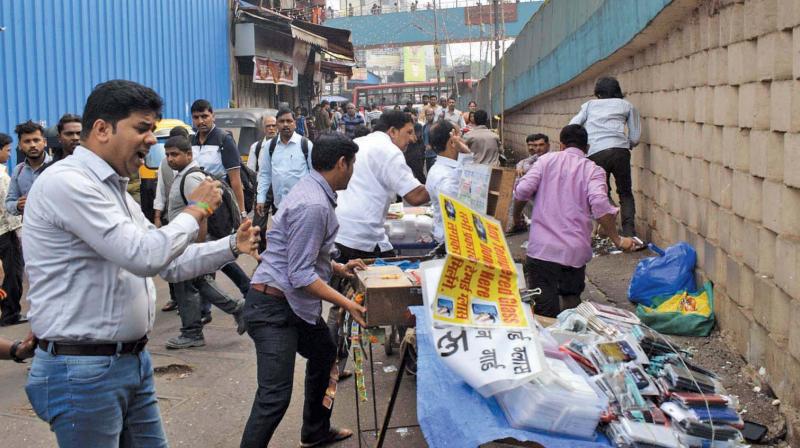 Mumbai: The Thane City police has registered two separate cases against Maharashtra Navnirman Sena (MNS) workers in connection with the vandalism against hawkers that took place on Saturday morning. The Thane Nagar and Naupada police stations registered cases of rioting and causing hurt against 12 unidentified MNS workers who targeted hawkers outside Thane railway station and damaged their merchandise.

The police is now in the process of identifying those who went on to target hawkers near the State Transport bus depot in Thane (west) till behind the traffic chowky under the SATIS bridge.

The police was informed about the incident after it unfolded, however the vandalism continued until officers reached the spot and brought the situation under control.

The accused damaged the hawkers’ stands and wares. The MNS men targeted at least 50 hawkers outside the Thane station area. A police team was deployed at the station to prevent similar incidents on Sunday.

“They abused and threatened the hawkers, asking them to vacate the place and not to return there again. They also threatened some of the drivers who had parked their auto rickshaws in a haphazard manner near the station. Threats were made to all those who were found right outside the station,” said a Thane City police officer.

Since the jurisdiction of the incident falls under two different police stations, cases have been registered with the Thane Nagar and Naupada police stations officials said.

The cases have been registered under sections 323 (voluntarily causing hurt), 506 (criminal intimidation), 427 (causing mischief and damage), 149 (unlawful assembly) and 147 (rioting) of the Indian Penal Code.