Kripashankar Singh also clarified that he would not join any party, including the Bharatiya Janata Party (BJP). 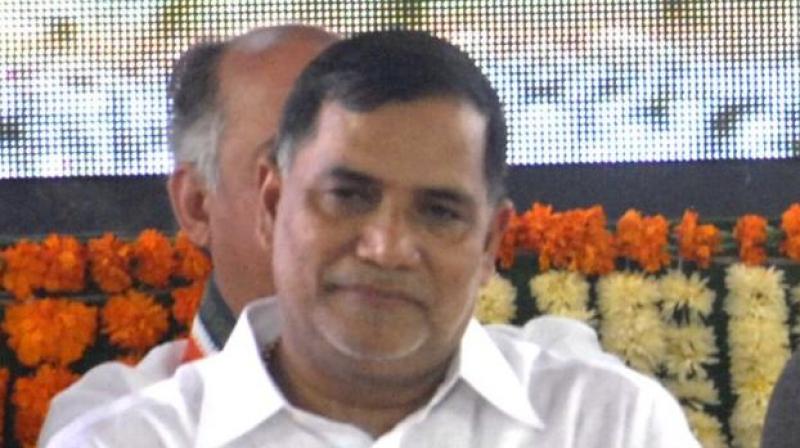 Mumbai: An influential and established North Indian leader, Kripashankar Singh, who resigned from the Congress 12 days ago, on Sunday said that he would not contest the upcoming Maharashtra Assembly election. Mr Singh also clarified that he would not join any party, including the Bharatiya Janata Party (BJP). The Congress had accepted his resignation on September 19. Mr. Singh, who hails from Jaunpur Uttar Pradesh, started his life selling vegetables in the city and eventually became the minister of state for home. He opened up about his resignation, decision to not contest the upcoming election and his political future.

Why did you decide to quit the Congress?

I am not happy with the Congress party’s stand over the abrogation of Articles 370 and 35 (A). The party should not have opposed the decision in Parliament as the matter pertains to Jammu and Kashmir, which is an integral part of the country. They should have held a discussion over the issue. For me, the nation comes first.

Being an influential North Indian leader, why are you not joining any political party ahead of the state elections?

I will go to the people and tell them about the reasons behind my decision to quit the Congress. If my intention was to contest the election, I would have contested from any political party. I will ask the people whether I should stand with the nation or not.

Will you seek votes for the BJP as your stand on Article 370 is similar to that of the saffron party?

I will not seek votes for the BJP, as I have not joined it.

There were speculation since the last five years that you would join the BJP before the Assembly poll. Did you not get an invitation from the BJP?

I have never said that I will join the BJP. I resigned from the party not because my son or I were not getting tickets but over the  party’s stand on Article 370.

How would defend yourself against KC Venugopal’s charge of opportunism?

If I am an opportunist, I would have joined any political party, including the BJP and Shiv Sena, after resigning from the Congress within few days. My issues have not been taken seriously. It is sad to know that instead of trying to address my grievances, the party leadership is only wasting its energy to shoot the messenger. As per my understanding, the Congress party is now usurped by satraps and sycophants who rule the roost.

Did you get an offer from the Shiv Sena?

Just speculations. The well-wishers from other parties have expressed their desire that I join the BJP or Shiv Sena. However, I have not held talks with leaders of both parties. The chief minister and Sena chief Uddhav Thackeray have been coming to my home as I share a personal relationship with them. One should not link with it to politics.

Will you campaign for your friend Chandrakant Tripathi from Kalina?

Ans- He is my friend. My best wishes with him. However, as I have resigned from the Congress, how will I campaign for him?

Will you take Sanyas from active politics now?