Dalvi was running towards the washroom with his friends when he slipped and became unconscious on falling. 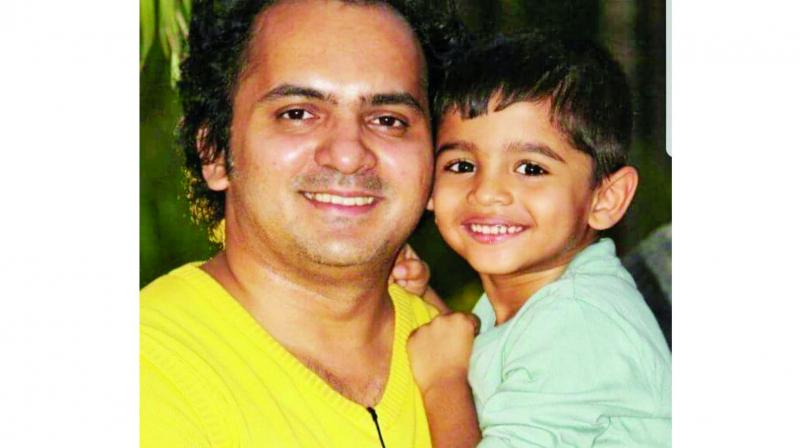 Swarang Dalvi, who had suddenly collapsed on the second floor corridor of the school, and his father.

Mumbai: The post-mortem of a six-year-old student from Chandivali’s Pawar Public School, who died at its campus on Thursday, indicated that the death may have occurred due to a respiratory problem as there was an airway blockage followed by lack of oxygen to the body, said sources. The police have ruled out any foul play in the case. The boy, Swarang Dalvi, was a class I student and had suddenly collapsed on the second-floor corridor of the school at around 10 am on Thursday.

Dalvi was running towards the washroom with his friends when he slipped and became unconscious on falling. After his sudden fall, the school had rushed him to an in-house medical officer but Swarang did not revive and was further rushed to the privately run Hiranandani Hospital in Powai where he was declared dead before admission. Thus further his body was taken to Rajawadi hospital for autopsy

Forensic experts of the Hospital suspect that the child’s death is linked to an airway block, followed by lack of oxygen supply to the body and resulted in sudden collapse of the boy.  The senior doctor who did not wish to be named said, “There were no major wounds or any injury marks on the boy’s body. But while performing autopsy we found that there was a congestion in his chest and respiratory tract which reveals the likelihood of a fatal airway block leading to drop of oxygen supply to the body,”

“Since children indulge in running or other physical activities immediately after eating or drinking, it results in sudden blockages in the food pipe and respiratory tract,” added the doctor.

Talking to The Asian Age, DCP, zone X, Navinchandra Reddy said, “We have begun the probe from all angles to find out if there is anything suspicious. An accidental death report has been registered. Till now, we have not found any foul play in the boy’s death. He said, “The boy had a biscuit before his death and was found running, The cause of death will remain pending until we get the results from Kalina Forensic lab.”