The actual transfer of loan waiver amount into the farmers’ bank accounts will take place after October end. 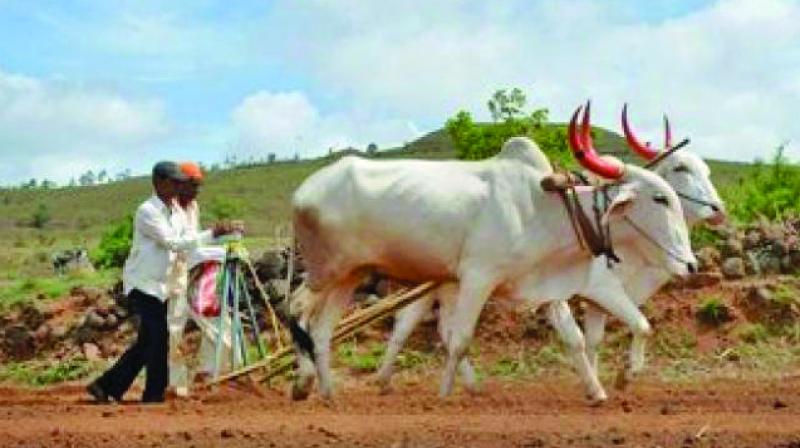 A representational picture of farmers in the state.

Mumbai: Around 58 lakh farmers have applied for the state government’s farm loan waiver scheme till Friday, which was the last day for the submission of applications. Around one crore have registered as farmers. The scrutiny of the loan waiver applications will be underway till October end, according to revenue minister Chandrakant Patil. The actual transfer of loan waiver amount into the farmers’ bank accounts will take place after October end.

Maharashtra government has declared farm loan waiver scheme for 89 lakh farmers. Farmers’ will get loan waiver of around Rs 1.5 lakh. According to the government’s initial estimate, Rs 34,022 crore will be needed for the scheme. Chief minister Devendra Fadnavis declared the loan waiver in June.

Initially, the state government had announced loan waiver for the farmers who failed to repay their loans from 2011-12. But later on the demand of various organisations, it included ‘defaulter’ farmers from 2009.

This may have led to increase in numbers of beneficiaries by six lakh. To avoid the misuse of the scheme, the government introduced online form filing system. The online system has been facing flak due to lack of Internet services and other logistical services. However, the state government and co-operative minister Subhash Deshmukh have backed the online application system.

After the process of filing forms started on August 1, around 57,68,254 farmers have applied for the scheme. Around one crore have registered as farmers till Friday. The final registration numbers will be announced on Saturday.

Mr Patil had said that 10 lakh fake farmers may have applied for loan waiver but later clarified that scrutiny of application is underway and exact details will come out. The exact number of beneficiaries will be declared around mid-October and the government may start transferring amount to farmers bank accounts before November 1.

The story till now

The farm loan waiver issue has been a serious political issue since last six months in the state. At first, the opposition parties held statewide Sangharsh Yatra in April. Then on June 1, farmers across the state went on strike. Under pressure from the opposition and the farmers, the state  government declared Rs 34,022 crore loan waiver for 89 lakh farmers on June 21. The state government asked farmers to file an online application for the loan waiver. It was earlier scheduled to complete the implementation of loan waiver before September 15. However, the state government has said that it will start distributing money to farmers from October 1.