MSEDCL will charge mandals Rs 4.55 instead of the usual Rs 6.61 per unit of electricity during the ten-day-long Ganeshotsav. 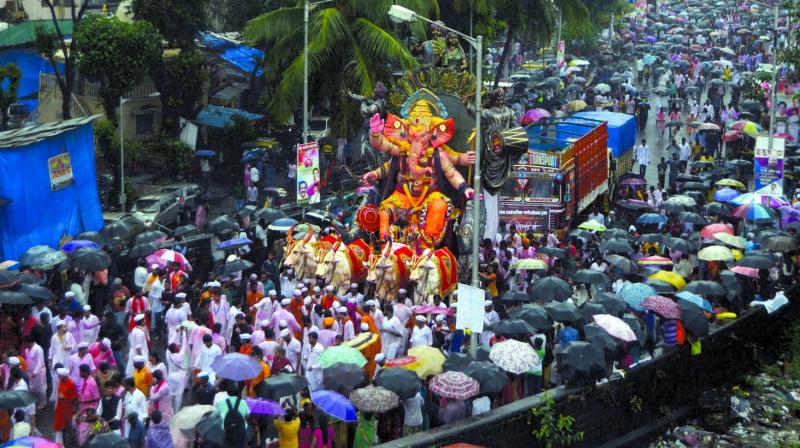 Officials said that no extra charges would be imposed on these mandals.

Mumbai: With just days to go for Ganeshotsav, the Maharashtra State Electricity Distribution Limited (MSEDCL) has asked Ganesh mandals across the state to stop using illegal power connections and instead utilise temporary connections that help them get affordable power throughout the festival.

MSEDCL will charge mandals Rs 4.55 instead of the usual Rs 6.61 per unit of electricity during the ten-day-long Ganeshotsav. Officials said that no extra charges would be imposed on these mandals.

There are  2,200 Ganpati mandals registered across Maharashtra.

The state electricity board has already ordered zonal officers to sanction permissions and give power connections to mandals on priority basis.

Despite the low cost of power during the festive season, many mandals prefer illegal connections. “Many source their power from someone else’s connection. This is an illegal act,” an MSEDCL officer said.

In 2018, 162 mandals in Vashi, 43 in Pen, 473 in Thane, and 254 mandals in Nashik took legal connections. According to the data provided by BEST, 1652 mandals have applied for power connections this Ganeshotsav.

“During festivals, concerned officers undertake a visit whenever a power cut, or any complaint against illegal power supply is registered with us. During Ganeshotsav, the number of such complaints increase manifolds,” the officer added.

However, the officer said that they are not allowed to take any action as it may hurt religious sentiments.

Meanwhile, Adv. Naresh Dahibavkar, president of the Ganeshotsav Coordination Comm-ittee, has questioned the alleged double standards of the electricity board. “Such action is taken only during Hindu festivals. Why do they not do the same during the festivals of other communities,” Mr Dahibavkar questioned.