Traffic at the Mulund toll naka was also impacted by metro works at the Thane side till early morning. 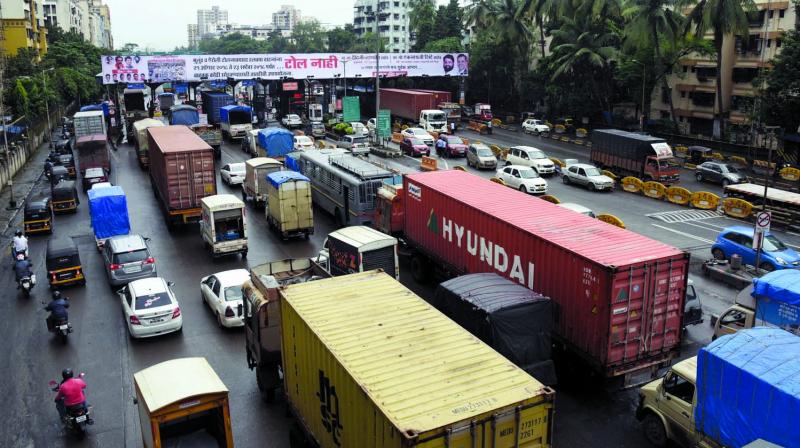 Traffic at the Mulund toll naka.

Mumbai: Two days after light motor vehicles were exempted from toll at three toll nakas in the city, the reaction is a bit of a mixed bag. According to some, it is a good move, but they still did not get any respite from traffic on the Airoli to eastern expressway route whereas in Mulund, there was no traffic near the toll naka.

Viththal N Narayankar, who was headed to Mumbai from Pune via Airoli said that generally it took more than an hour from Airoli toll naka to the eastern expressway but on Wednesday, it took only 20 minutes. However, the reason for the reduction in travel time could well be that Wednesday was celebrated as Id-ul-zuha (Bakri Id) aka the “festival of sacrifice” by the Muslim community.

Police personnel, deputed near Mulund toll naka, said that the traffic was eased during peak hours but if any tempo or construction mixer truck plied from Thane to Mumbai via Mulund toll naka, it was stopped for toll collection, causing traffic congestion. A police personnel, requesting anonymity, said, “Traffic can be eased if all types of vehicles are exempted from toll collection.”

A Mulund resident said that as the government had exempted light motor vehicles from toll, people who otherwise did not bring out their vehicles, were now thronging the roads, leading to greater traffic congestion.