His death had come as a shock to the Congress party. 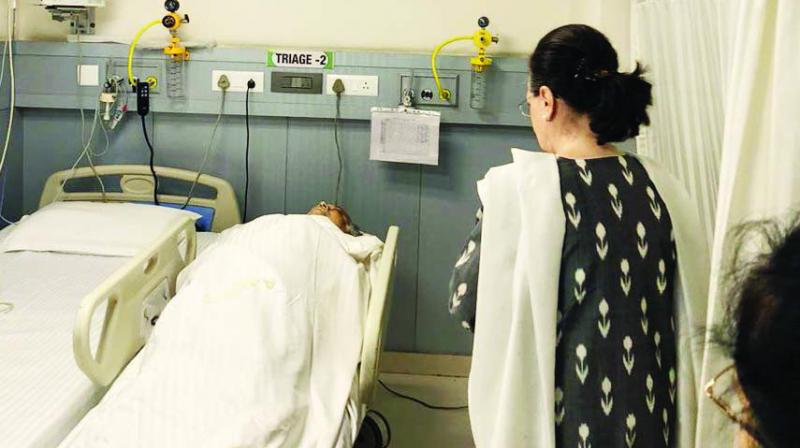 Mumbai: Former Mumbai Congress chief Gurudas Kamat died due to a massive heart attack on Wednesday in Delhi. His mortal remains were brought to Mumbai by special charge flight in the evening. The cremation will take place on Thursday. Mr Kamat’s sudden demise has dealt a massive blow to the Mumbai Congress.

Mr Kamat was in the national capital for some personal work when he complained of chest pain early on Wednesday morning and was immediately admitted to Primus Hospital. However, medical assistance was rendered useless as he died of a massive heart attack.

The news of his demise comes as a shock for the Mumbai Congress. Mumbai was the base of Mr Kamat’s political career since the early 80s. He served as MP from the Mumbai north Lok Sabha (LS) constituency in 1984, 1991, 1998 and 2004. He also represented the Mumbai north-west LS constituency in 2009 and held portfolio as minister of state with the United Progressive Alliance (UPA) till 2011. He served as Mumbai Congress chief from 2003 to 2008, just after party veteran Murli Deora’s long stint as head.

Leaders across party lines have expressed shock and grief at his sudden demise. “Mumbai has lost a leader always in touch with the masses,” said chief minister Devendra Fadnavis in his condolence message.

NCP chief Sharad Pawar said, “An excellent organiser and leader who was loved by party workers at the ground level has left us.”

Mumbai Congress chief Sanjay Nirupam said Mr Kamat’s death had come as a shock to the party and that the damage done to the party was irreparable.